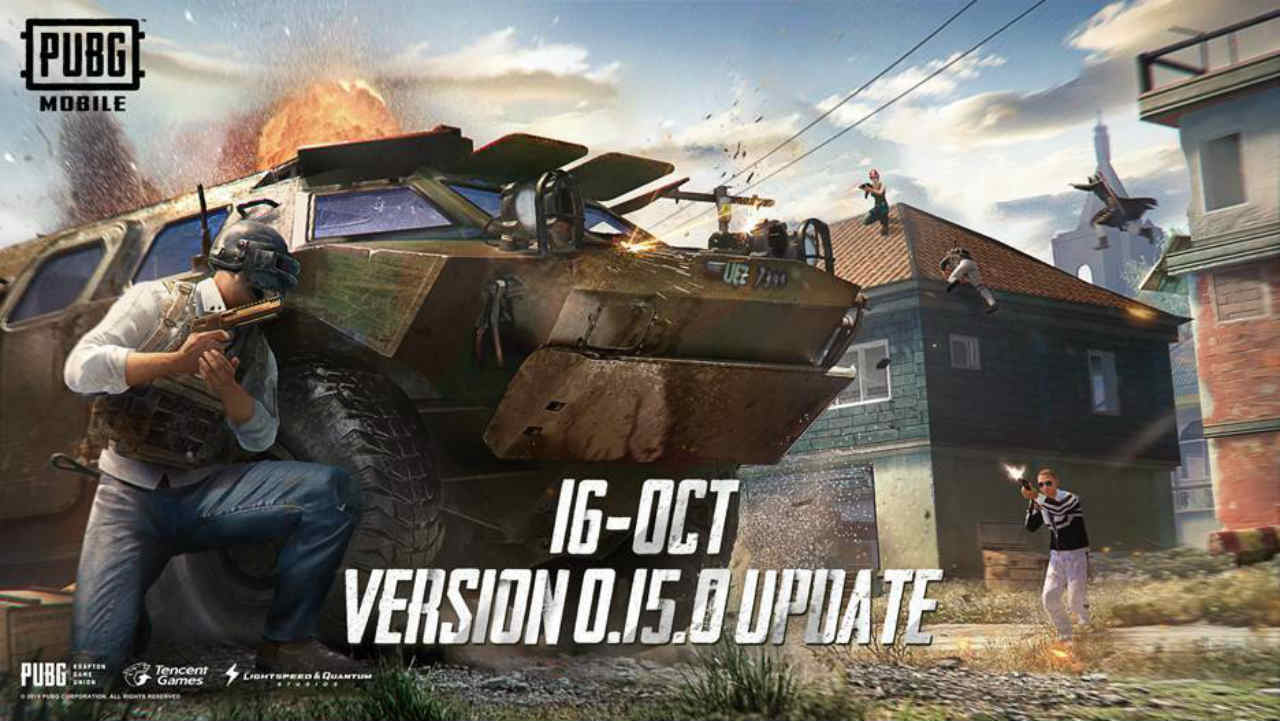 The version 0.15.0 update for PUBG Mobile is now rolling out to all users. This includes new firearms, vehicles, and more. With Halloween just around the corner, the makers of PUBG Mobile seem to be getting into the groove of things by also halloween themed content along with the rest of the v0.15.0 update in the form of a new Halloween Mode in Survive Till Dawn game mode.

New features added to all of the PUBG Mobile Maps include the new BRDM-2 Amphibious Armoured Vehicle. As the name would suggest, this vehicle is capable of travel on land and water and is armoured. So it can withstand a lot of bullets. The vehicle does not spawn naturally on the map. Rather, players have to call it down by using a flare gun. The update also brings a new weapon in the form of the Desert Eagle. This weapon does the most amount of damage and has the highest muzzle velocity of all pistols with 63 damage per bullet. It can also be equipped with Red Dot, Holo, and laser sights. It can also be improved with magazine attachments.

Gameplay changes include the ability to grab ledges and pull themselves up. Further, fuel drums can now be exploded by shooting at them. There have also been improvements and balances made to the M16A4, Vector, UMP45 and MK47 Mutant. These include the ability to add new attachments, ammo types, carrying capacities as well as performance and graphics fixes.

As far as the Halloween themed update goes, Survive Till Dawn mode will now feature modified background objects and ‘Halloweenized’ monsters. There is also a hostile human faction in abandoned factories and strongholds. Players have the option of defeating these factions in order to get better rewards, while killing zombies grands bio-warfare equipment that is effective against zombies and other players. This is a part of the game’s ‘Halloweeks’ theme.

The new Payload Mode with the update will be rolled out sometime later this month. This new mode aims to introduce new gameplay elements such as helicopters, teammate recall, Air Strike beacons and more.

The PUBG Mobile v0.15.0 update is being rolled out and should be available to all users soon. You can check out more about the update here.

6 key benefits of Intel® Technology in the cloud Previous Post
Apple Watch Series 7 with larger display, 33% faster-charging speeds launched: All you need to know Next Post