Warner Bros. Pictures will be releasing their entire slate of 2021 movies, simultaneously on HBO Max and in theatres.

The lineup features a total of 17 films, including the likes of Dune, The Suicide Squad, Judas and the Black Messiah, The Matrix 4 and many more.

The films will be available to stream on HBO Max for an entire month, before leaving the platform.

Warner Bros. Pictures has announced that they will be releasing all the movies that were scheduled to come out in 2021, on the US-based streaming service - HBO Max; the exact same dates as it debuts in theatres. And yes, this includes Denis Villeneuve’s “Dune”, Lana Wachowski’s “The Matrix 4” and James Gunn’s “The Suicide Squad”, amongst multiple other titles. The films will be available to stream on HBO Max for a one-month period (31 days), before they leave the platform and continue to thrive theatrically and via home video (DVD and Blu-ray).

I got you something nice this year:
The biggest movie premieres
In theaters and on HBO Max the exact same day
Beginning December 25 with #WonderWoman1984#HBOMax #WBPictures https://t.co/BZgFFRrrg2 pic.twitter.com/J2KBdWd9Tf

The news comes from an unprecedented, business model announcement made by the studio, earlier today, in response to movie theatres showing no signs of opening up any time soon, due to the ongoing COVID-19 pandemic. A statement by Ann Sarnoff (CEO, WarnerMedia Studios and Networks Group) reads, “We’re living in unprecedented times which call for creative solutions, including this new initiative for Warner Bros. Pictures Group. No one wants films back on the big screen more than we do. We know new content is the lifeblood of theatrical exhibition, but we have to balance this with the reality that most theatres in the U.S. will likely operate at reduced capacity throughout 2021.” With this new, one-year experimentative plan, the company hopes to support its partners in exhibition with a steady lineup of world-class films, while also keeping interest of avid moviegoers, who might not have access to movie theatres nearby or aren’t quite ready to go back yet, for health and safety reasons. 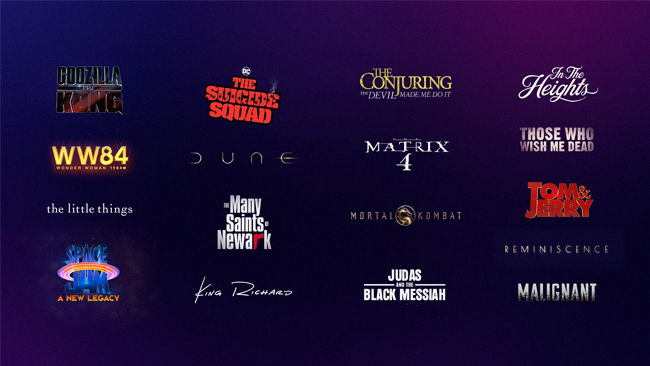 Warner Bros. Pictures will be releasing a total of 17 films, simultaneously on HBO Max and movie theatres, starting with Patty Jenkins’ “Wonder Woman 1984” on Christmas Day. Although, certain reports do suggest that the sequel might premiere in theatres, 9 days before it hits the streaming service. Not to mention, we also have Zack Snyder’s Justice League releasing in a matter of months, on the streaming platform. Although there are no official details on all the release dates, what we do have, is a complete list of films to look forward to in 2021. The release slate currently includes:

In a further statement, Jason Kilar (CEO, Warner Media), stated: “After considering all available options and the projected state of moviegoing throughout 2021, we came to the conclusion that this was the best way for Warner Media’s motion picture business to navigate the next 12 months.” Which does make a lot of sense considering WB products are extremely valuable, and deserves being experienced and appreciated by the masses. It further reads, “We believe this approach serves our fans, support exhibitors and filmmakers, and enhances the HBO Max experience, creating value for all.” Warner Bros. taking this route probably has to do with the results Christopher Nolan’s TENET (theatrical release) generated, in terms of revenue. Although the turnout wasn’t disastrously bad, it was significantly less than what was speculated. Especially for something coming out of Nolan's repertoire.

As great as all of this sounds, there is definitely a catch. The catch being that HBO Max is a US-only streaming service. Meaning, Indian and other international audiences would have to resort to watching these amazing films in theatres only. Or might have to wait until it releases on VOD. US audiences, on the other hand, will get to experience it all for a mere $15 per month price tag. Either way, this does not look good for services like Disney+, since their model requires you to pay a sum of $30 upfront, for each new movie (example: Mulan). As a consumer, you would go for the option that provides more value at a cheaper price point. And it seems like Warner Bros will be experimenting with that for a year. As for whether this business model works out in favour of the company, only time will tell.