Tata Sky CEO and MD has confirmed that the company will soon aggregate content from all three streaming services and the current set-top box will receive hardware modifications to get both satellite and broadband signals. 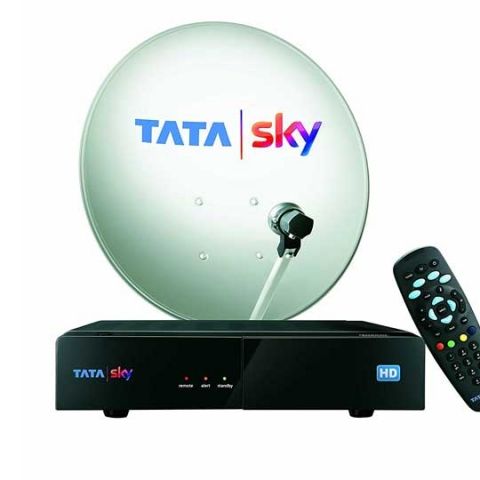 Digital cable provider, Tata Sky will soon offer content from Hotstar, Netflix and Amazon Prime Video on its platform. We already knew that Tata Sky is planning to integrate Netflix with its service, but in an interview with Livemint, Harit Nagpal, Chief Executive and Managing Director of Tata Sky has also confirmed the integration of Hotstar and Amazon Prime.

For the purpose of providing users access to the three streaming services, Tata Sky will be making changes to its current set-top box hardware. In the interview, Nagpal said, “We are going to be the supplier of Netflix, Hotstar, YouTube and Amazon Prime. We can change the box which can receive both the signals—from the satellite and from the broadband. So, it will change the hardware in your house which will enable you to watch on your TV screen, live TV via satellite whenever you want to, and OTT via broadband whenever you want to.”

It is currently unclear if users will have to pay for switching to the upgraded hardware or if Tata Sky will update it for free. However, the latter is unlikely since the digital cable service will want to milk every bit of leverage for providing the hybrid set-top box to its users. Airtel had also launched a hybrid set-top box called Airtel Internet TV last year. Airtel’s box is powered by Android and comes with over 500 satellite TV channels alongside online content from Netflix, YouTube and Airtel Movies. It also has built-in Chromecast functionality. Tata Sky may be working on a similar offering, but no hardware or software details of the upcoming set-top box are known yet.

Asked if cord-cutting is an issue in India, Nagpal said that he doubts customers in India can afford to pay for streaming services and broadband together and that cable TV in India is still less expensive that subscribing to OTT services like Netflix. “Cord-cutting happened in America as cable prices were much higher compared to OTT (over the top) prices. Cable cost $100 per month. And OTT, let’s say, Netflix, came at $10. So people switched. In India, cable TV is $5 a month. So, when Netflix or something comes at $10 and to watch that product you have to consume $15-20 worth of broadband, the cost rises to $30. How many customers can afford that? India will always be an “and” and not an “or” market. We have OTT, we watch online but we have not given up our TV,” explained Nagpal.