Netflix has announced the premiere date for Stranger Things season 2 and looks like 1984 will only get stranger. The sci-fi/horror series is back in its second avatar on October 27, and the show’s premiere is timed just a stone’s throw away from Halloween. Teasing the season 2 premiere, Netflix has unveiled a new poster and a teaser for the show starring Winona Ryder and Millie Bobby Brown. 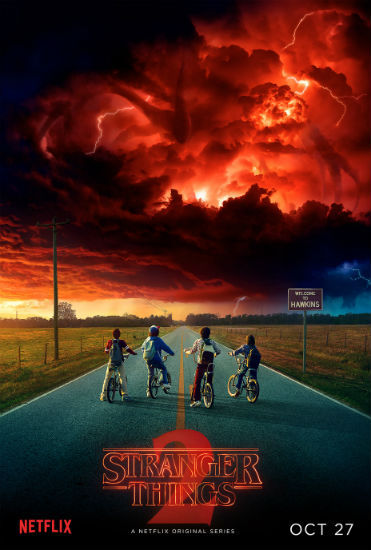 The upcoming season's description reads - "It’s 1984 and the citizens of Hawkins, Indiana are still reeling from the horrors of the Demogorgon and the secrets of Hawkins Lab. Will Byers has been rescued from the Upside Down but a bigger, sinister entity still threatens those who survived."

Some doors can't be closed. #StrangerThings2 arrives on October 27. pic.twitter.com/NALL5HQalg

We are guessing the “big, sinister entity” is the giant spider-like shape seen in the new poster, as well as the previous teaser of the season. One can expect Netflix to reveal a complete trailer for Stranger Things 2 during the San Diego Comic Con which kicks-off on July 20.