It looks like a lot of famous people want to don the Stormtrooper mask in the Star Wars franchise, and royalty doesn’t want to be left out. 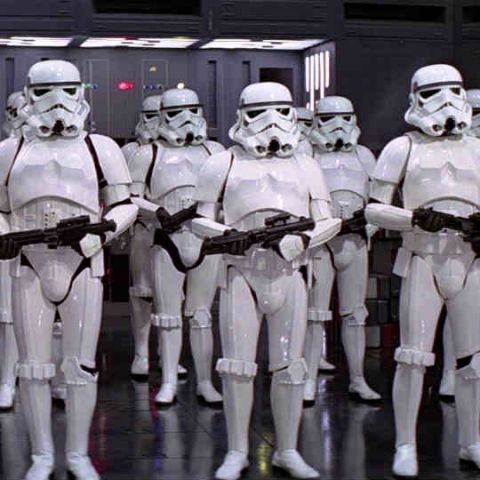 Cameo appearances, hidden secrets and trivia in pop culture films are a lot of fun, especially if you are the first one to spot it on the big screen. When 007 Daniel Craig donned the role of a Stormtrooper in Star Wars Episode VII: The Force Awakens, everyone went into a frenzy and started wondering if any other popular celebrity were under the mask.

It looks like Prince Harry & William are next to put on the iconic white Stormtrooper helmet. Their acting skills are questionnable, but no one will recognize them if they are wearing Stormtrooper masks. Reports circulating the Internet suggest that Prince Harry and Prince William recently filmed a small part in Star Wars Episode VIII, and both of them played Stormtroopers.

Since Stormtroopers rarely remove their masks, it will be interesting to see if audiences will be able to spot them on the screen. With Daniel Craig, information of him being a Stormtrooper came after the movie released, so it was an interesting piece of trivia and motivation for some to watch the movie again to see if they could find Bond hidden beneath a mask.

What do you think? Is it cool that celebrities make cameo appearances in films or is it to garner more attention? Our personal favourite is the cameo of Johnny Depp and Peter DeLuise in 21 Jump Street, and we loved them!