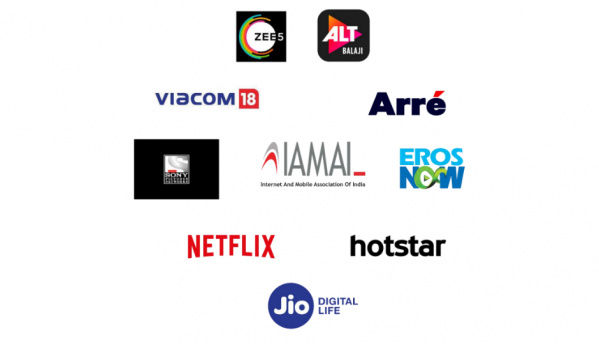 Recently we came across a report that online media streaming platforms like Netflix and Hotstar are planning to adopt self-regulation guidelines for streaming content in India to prevent censorship by the government. Now, Netflix and eight other OTT platforms have voluntarily signed a self-regulatory code of best practices under the backing of Internet and Mobile Association of India (IAMAI). As the name suggests, the regulatory code is for regulating content and not censoring it, and apart from Netflix, Hotstar, Voot, Zee5, Arre, SonyLIV, ALT Balaji, Netflix and Eros Now have also signed it. The code was being developed for over a year and is said to establish guiding principles for Online Curated Content (OCC) Providers “to conduct themselves in a responsible and transparent manner and at the same time ensures that consumer interests are protected.” These self-regulatory

Netflix has issued a statement on the subject that saying, “The self regulation code is a set of guiding principles for participating companies like us. It ensures an environment that protects the artistic vision of content producers so that their work can be seen by their fans. The code also empowers consumers to make viewing choices that are right for them and their families. With the growth of entertainment choices today, it has never been a better time to be a creator or consumer of entertainment and we firmly believe there must be the freedom to create and the freedom to choose.”

9 leading Online Curated Content Providers voluntarily signed a self-regulatory code of best practices under the aegis of IAMAI. We want to strongly underline the fact that the code is not about content censorship.@chitrita @icyneil

Commenting on the self-regulatory code, Ashok Nambissan, General Counsel of Sony Pictures Networks India Private Limited said, “Self-regulation encourages creativity and makes content creators more responsive to their viewers. It's worked well for broadcast media and there's no reason for it not do so for curated video content. We are happy to be part of this industry initiative.”

Kshipra Jatana, Group General Counsel at Network18 Media said, “This endeavour is a significant step forward in striking the right balance between defending creating freedom and protecting consumer interests. All the signatories to the code have agreed to adhere to and uphold the principles enshrined in the code both in form and in substance.” She added: We at Network18 group are excited to be a part of this initiative and build a better future for digital India.”

The Objectives of the self-regulatory code are:

In addition to the above mentioned prohibited content, the code also states that stakeholders who have signed this code will categorise content and classify the same into separate and distinct categories such as General / Universal Viewing; Content which requires Parental Guidance and/or; Content which is solely meant for age-appropriate audiences (such age-appropriate audience may be further sub-categorised into different age groups). Signatories are also required to display a content descriptor or guidance message that indicates and informs the viewer about nature of the content, particularly around age-inappropriate content for minors.