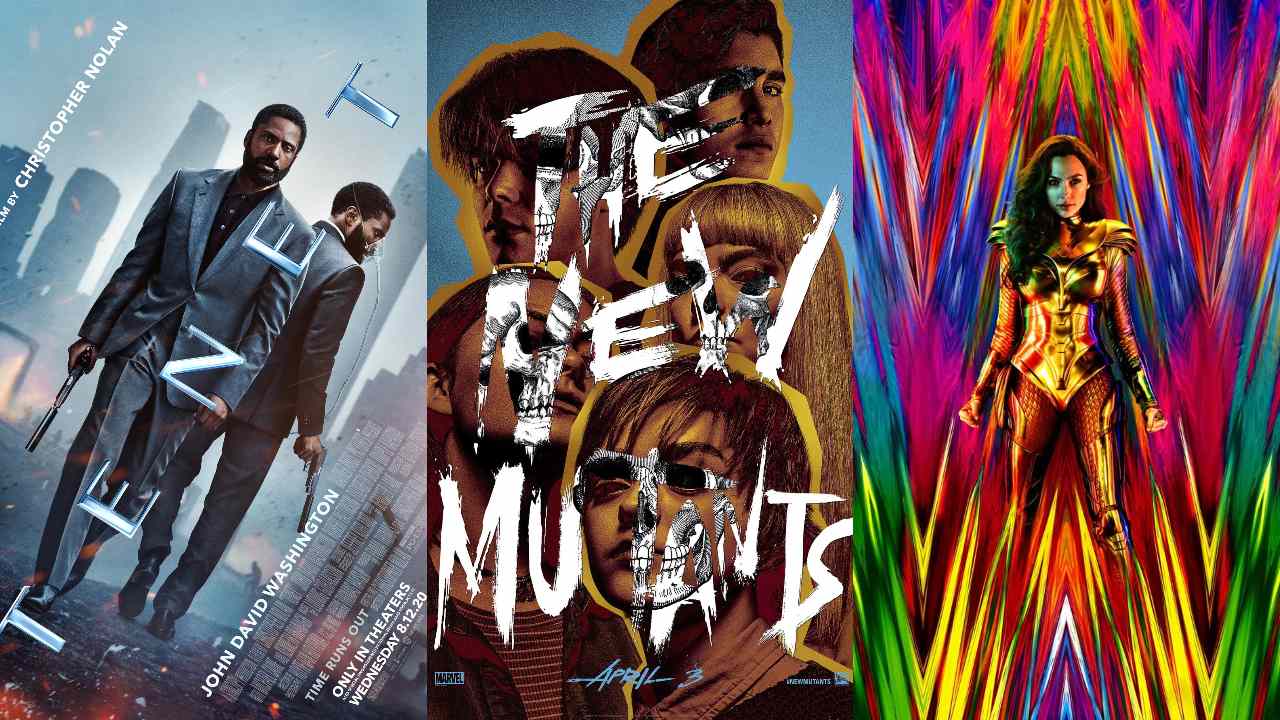 After the sucess of blockbusters from 2019, 2020 was set to be the year of sci-fi films with movies such as Christopher Nolan’s Tenet getting ready to set a new bar for the genre. This was also going to be Marvel’s make or break year with it starting out a new phase after the Infinity saga came to an end with Avengers: Endgame. Many exciting films were also set to go under production that would release later in 2021 or 2022 but all those plans came to a halt when the world was shut down due to the COVID-19 pandemic. This halt has resulted in films getting delayed either because of incomplete production or due to cinemas being closed across the globe. Here we have a list of some of those films and when you can expect to see them in theatres:

Christopher Nolan’s time-twisting thriller was meant to be the summer blockbuster but has already been delayed thrice, originally slated for release on July 12th 2020. Warner Brothers is seemingly against the idea of releasing the movie online as a movie as big as this could rake in big at the box office. The production house might be considering a staggered global release, meaning the film could release at different times in different markets. It could even release in some markets even before the US.

The New Mutants is a horror-superhero movie which is the final instalment of the X-Men franchise. Many expected Disney to release the film as a Disney Plus exclusive but its latest trailer suggests that the movie is still on track for a theatrical release this year. The teen-centric movie stars Maise Williams and Anya Taylor-Joy and is directed by Josh Boone who has added his own twist to the X-Men comic story.

No Time to Die

Daniel Craig’s final movie as James Bond was amongst the first major movies to be delayed due to the pandemic. The 007 movie is currently set to release in cinemas in November 2020 but could face further delays to summer of 2021. No time to die is the 25th film in the franchise and picks up five years after its prequel.

Top Gun: Maverick is the sequel to 1986 Top Gun starring Tom Cruise, who has reprised his role in the film. The movie is about Cruise’s character, a courageous pilot, who is dodging advancement that would ground him. This film is sure to feature some amazing aerial shots and stunts which have little to no CGI.

The 9th instalment in the Fast and Furious Saga sees Vin Diesel reprise his role as racer Dominic Torreto. This film sees John Cena cast as Dom’s long lost brother who seeks some sort of revenge. Most interestingly, actor, Chris “Ludacris” Bridges, hinted that the movie might head to space which was the franchise’s last frontier.

Scarlett Johansson’s first solo MCU film, Black Widow, was set to bring millions of Marvel fans together to begin Phase 4. This film is set between the events of Captain America: Winter Soldier and Avengers: Infinity War with Natasha Romanoff revisiting her past, how she was trained to be an international assassin by the Red Cross. Rumours suggest that the film could see Scarlett Johansson pass on the baton of Black Widow to Florence Pugh.

The Eternals is a team of celestials created by cosmic powers of the universe and is Marvel’s latest entry into the MCU. The film stars Kit Harrington, Angelina Jolie and Kumail Nanjiani who have finished filming for the movie. This suggests that Marvel could soon be releasing posters or teasers of the film to the fans. 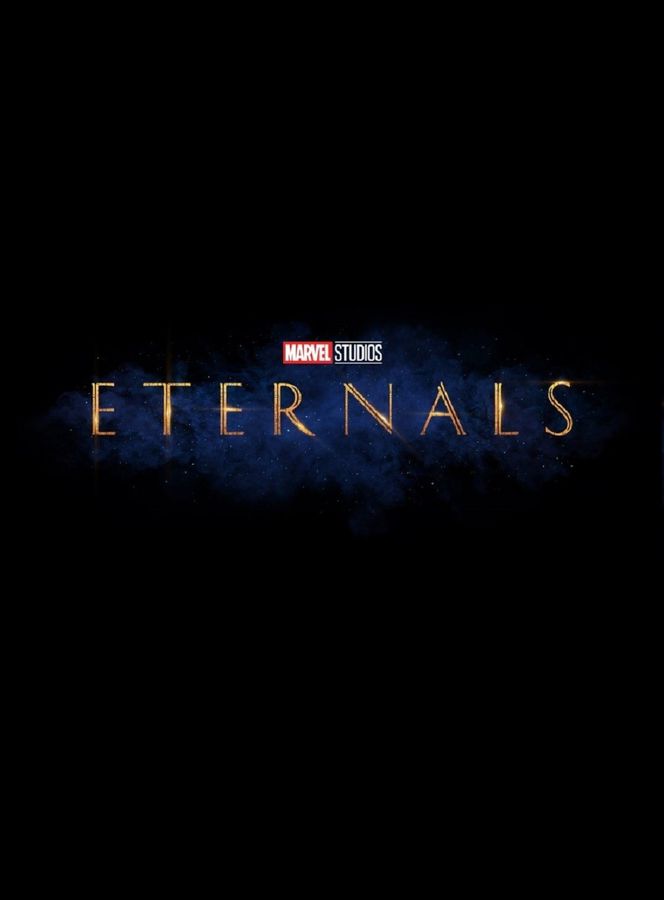 Shang-Chi and the Legend of the Ten Rings

Another new entry into the MCU, Shang-Chi and the Legend of the Ten Rings’ plot revolves around Shangi Chi and the Mandarin. The film stars Simu Liu as Shang Chi and Tony Leung as the Mandarin.

Thor: Love and Thunder is the fourth film in the Thor franchise which will see Chris Hemsworth pass on the baton to Natalie Portman who will reprise her role as Jane Foster. The film will be directed by Taika Watiti who revived the franchise with Thor Ragnarok. 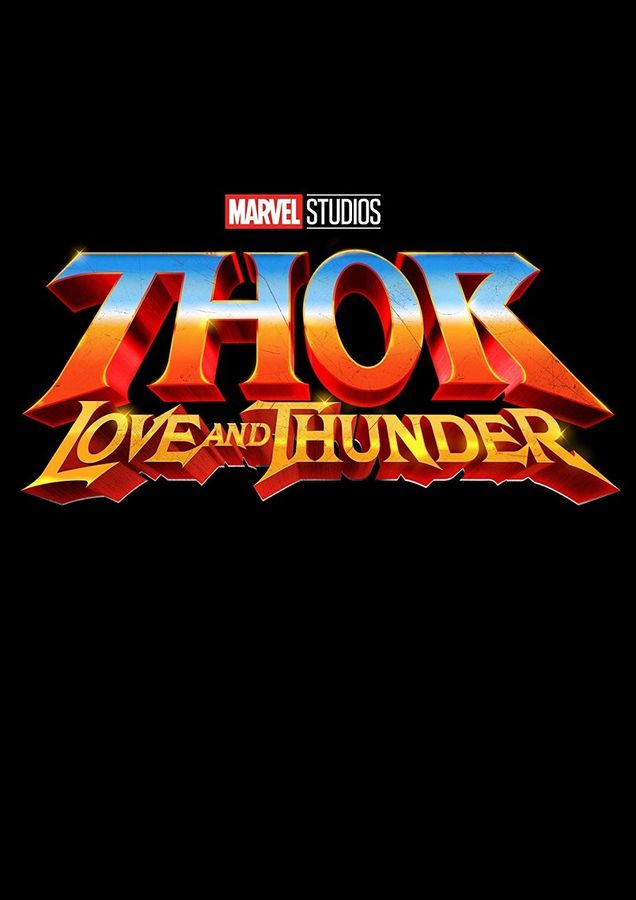 Doctor Strange in the Multiverse of Madness

Avengers Endgame was the first movie to bring time travel and the concept of the multiverse to the MCU and the Doctor Strange sequel will explore more into the multiverse. This will also be MCU’s first horror film and will see Benedict Cumberbatch reprise his role as Stephen Strange.

Falcon and the Winter Soldier

When Disney Plus launched, Marvel announced that it will be producing shows that will have direct implications on the MCU which will be available on the streaming platform. The first of which is Falcon and the Winter Soldier which would see Falcon aka Sam Wilson take up the mantle of Captain America with Bucky Barnes. This will also see Zemo, from Captain America: Civil War, return in a villainous role

Gal Gadot’s second outing as Wonder Woman has been much awaited by DC fans and it seems like they’ll have to wait a bit longer. The film has already been delayed twice due to the pandemic and it is expected that it will be delayed again. In this movie Wonder Woman will go up against two villains from the comic: Maxwell Lord and Cheetah.

Matt Reeves' The Batman already has a lot of hype surrounding it with Robert Pattinson donning the cape and cowl for the first time. This film will see Bruce Wayne go up against the Penguin. Actor, Colin Farrel, and Justice League director, Zack Snyder, have publicly come out to show support for the film and have praised the film for being original.

The sequel to DC’s Shazam was set to go on the floors right about now but has been delayed. The film would be headed by director David F. Sandberg. 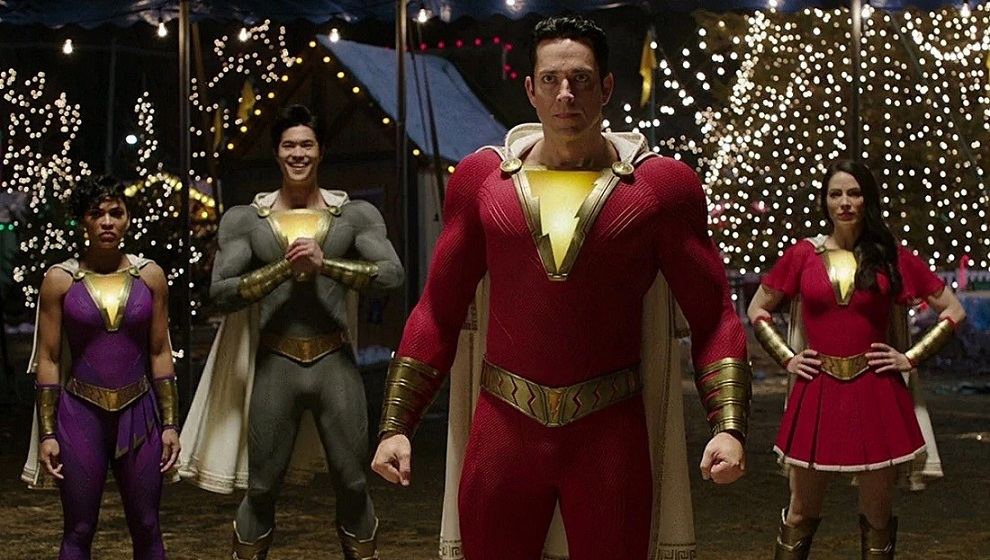 The Matrix 4 is the upcoming addition to the Matrix franchise. The movie will see John Wick actor, Keanu Reeves, reprise his role with Priyanka Chopra and Neil Patrick Harris reportedly joining the cast. As of right now, we know nothing about the plot of the movie. 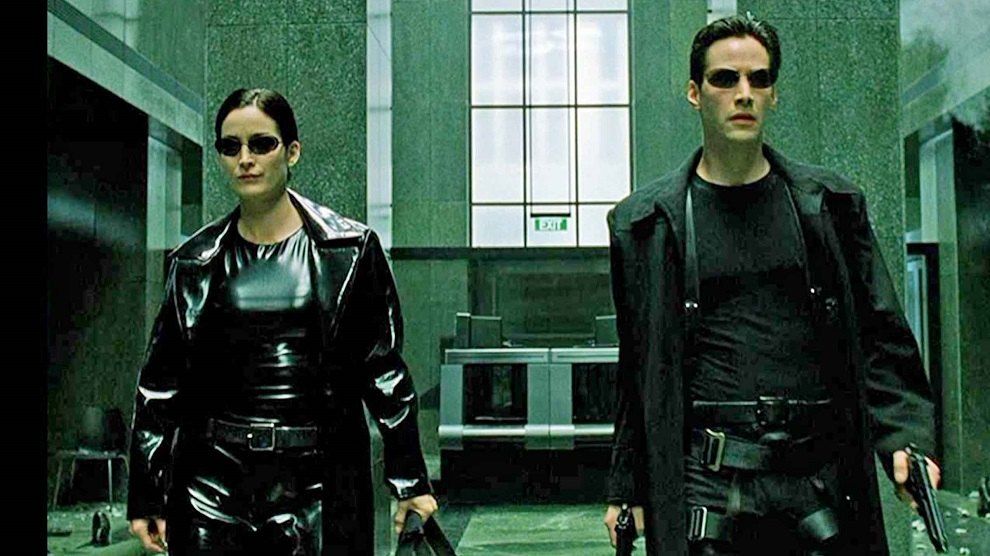 The seventh film in the Mission Impossible franchise saw delays in production due to COVID-19. The film was set to shoot in Venice, Italy for three weeks but plans had to be rescheduled. Now, the film begins production in Norway as restrictions because of COVID-19 begin to cool down. 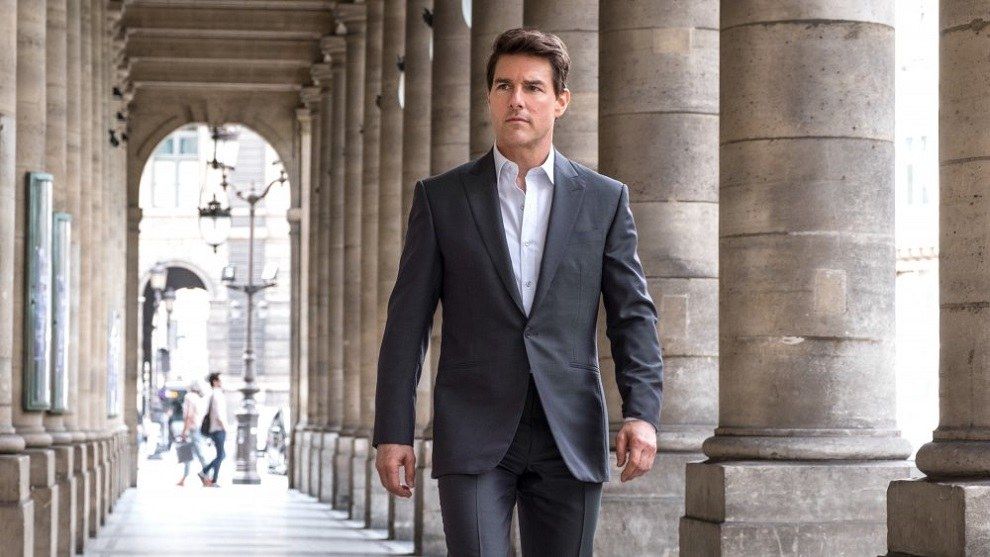 After the massive success of Venom and Into the Spiderverse, Sony was gearing up to make another Spiderman spinoff with Morbius. The film will be centred around spidey’s nemesis and how he develops a rare blood disease which he tries to cure by turning into a vampire.

Venom 2: Let there be Carnage

Another Spidey spinoff in the works was Venom 2. The film completed production before the pandemic but has still been delayed to 2021. In the sequel we will see Tom Hardy reprise his role as Venom and go up against Carnage as many expected at the end of the first movie. 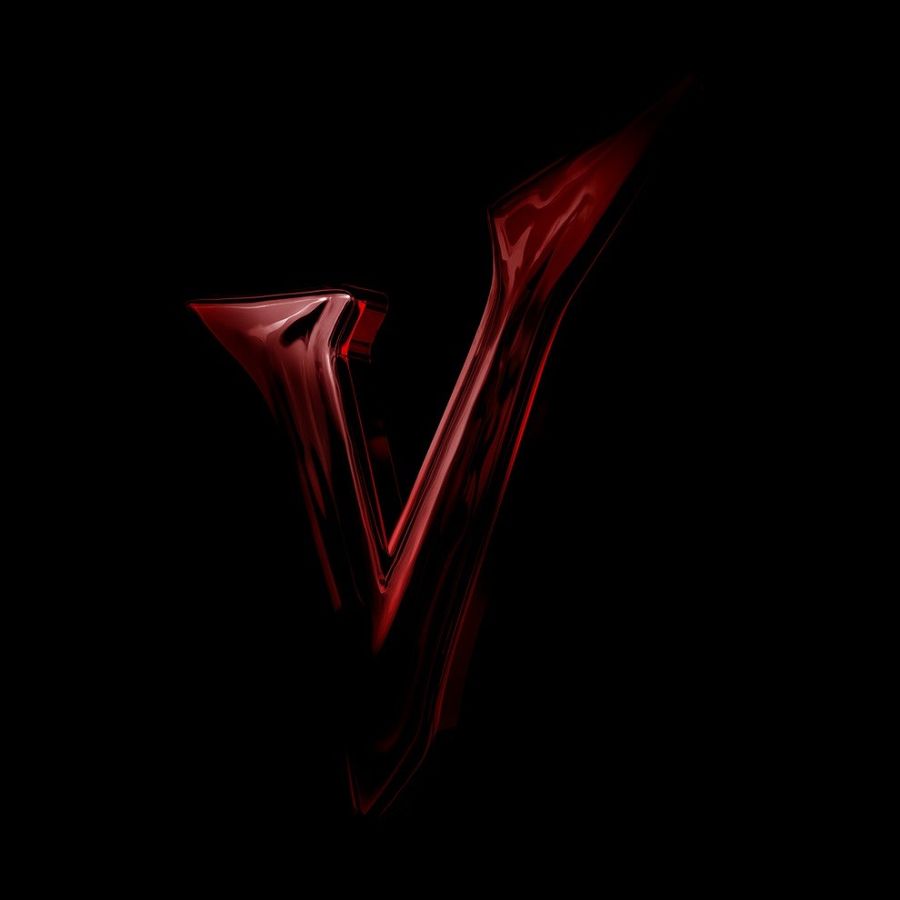 The Uncharted Movie is finally set to go under production “soon”. This movie has been cursed by delays not just because of the pandemic but also creative differences and film schedules. We can date the setback and delays back to 2009. Now, Tom Holland and Mark Wahlberg are set to start filming the video game adaptation.

Nobody can deny that Keanu Reeves’ John Wick franchise has been a huge hit. In fact, there were no plans to make a fourth film but the enormous success of the franchise warranted another movie. Currently, the film is in pre-production and has seen delays due to the pandemic. Friends is one of the biggest TV shows ever and when news broke out that HBO is set to film a one hour long unscripted special with all six actors together, fans went mad. But like so many movies and TV shows, this too has been delayed with filming now beginning in August. So all Friends fans who were asking for a remake will have to wait a little longer. 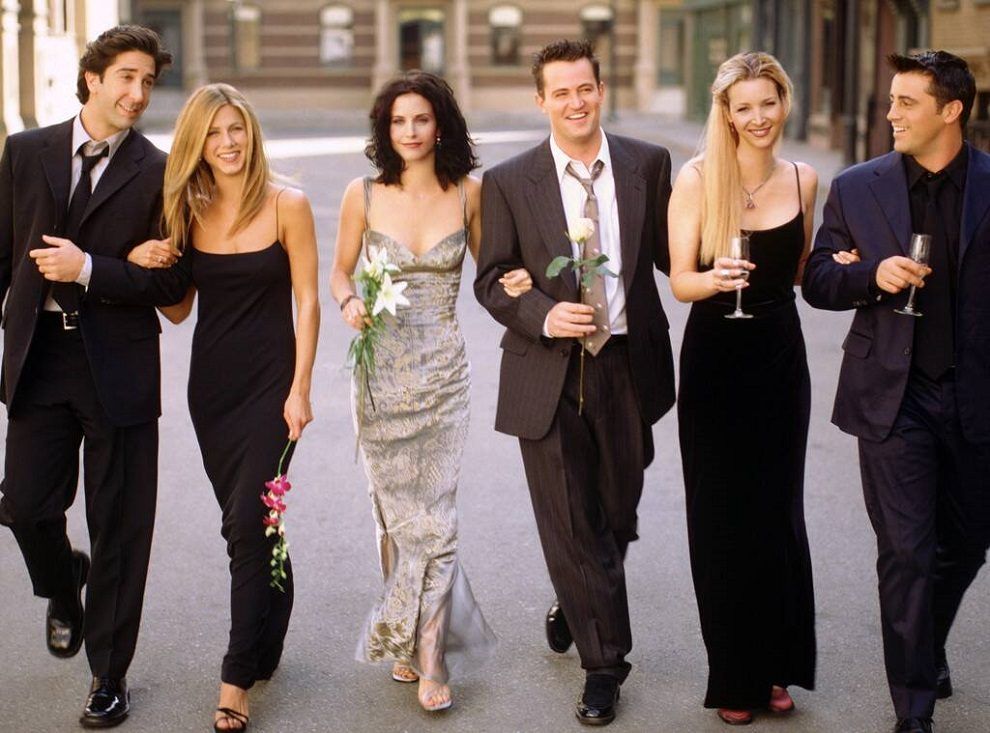 Avatar 2 ( plus its sequels)

Avatar released in 2009 and was a phenomenon. It held the record of the highest grossing film ever, till Avengers: Endgame released last year. Fans have awaited a sequel to the original with James Cameron having already scripted 4 so all films can be released back to back. Now, the plan is to release Avatar 2 in 2021, Avatar 3 in 2023 , Avatar 4 in 2025 and Avatar 5 in 2027. The sequels will feature the original core of actors with veteran director James Cameron behind the camera. 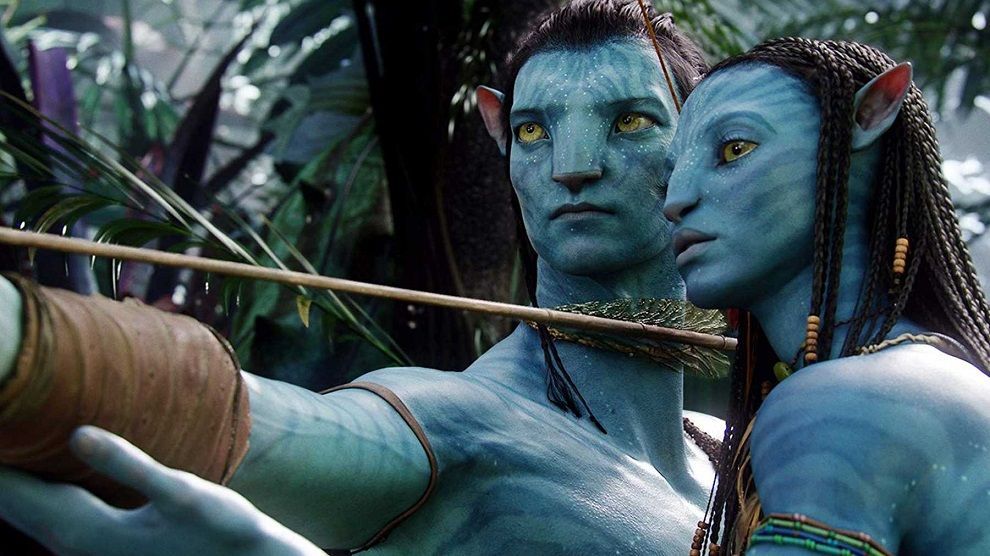