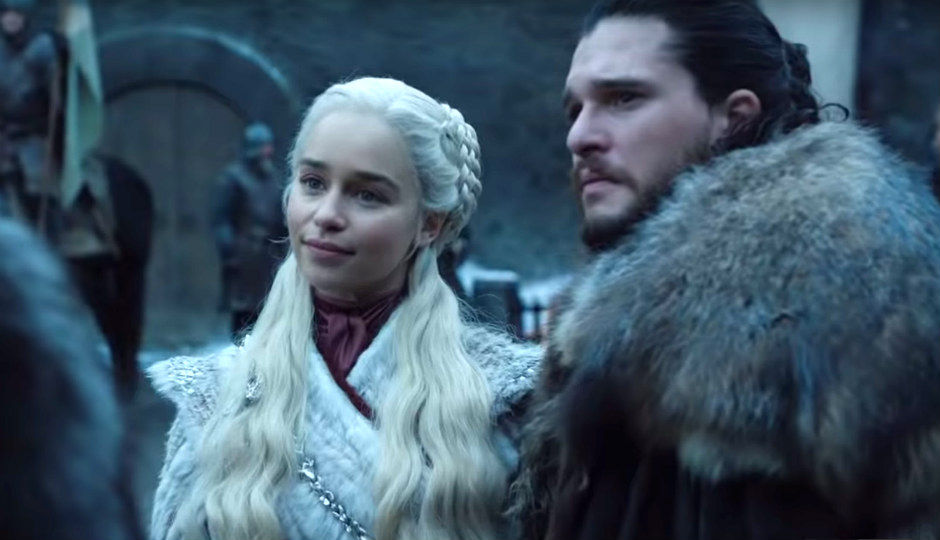 HBO has released the first ever look at Game of Thrones Season 8 which is due to release in just a few months. The Eighth season of the GoT saga will be the last one ever and it has been in the works since 2017. The new trailer, which also gives us a glimpse at HBO’s complete 2019 slate, shows a small clip from GoT season 8. In the clip, Sansa Stark (Sophie Turner) is seen meeting Daenerys Targaryen (Emilia Clarke) at Winterfell. The Khaleesi is seen accompanied by Jorah Mormont (Iain Glen) and Jon Snow (Kit Harington), while Brienne of Tarth (Gwendoline Christie) is seen standing by Sansa. "Winterfell is yours your grace," says Sansa handing over the reigns to Daenerys.

Unlike previous seasons, Game of Thrones Season 8 will be six episodes long. The season will largely feature content written for the show and will not borrow materials from George R. R. Martin's A Song of Ice and Fire series. It has also been reported that the author has disclosed certain information to the showrunners regarding the upcoming novels in the series, The Winds of Winter and A Dream of Spring, which will make for content in the last and final season of GoT. The show is expected to premiere sometime in April 2019 and you can watch the first look of season 8 in the HBO teaser below.

Apart from teasing GoT season 8, HBO has also teased the rest of its 2019 slate, including -  Euphoria, Watchmen, Big Little Lies season 2, True Detective Season 3 and Chernobyl. True Detective season 3 premieres on January 13, while the release dates for the highly anticipated Watchmen adaptation and Big Little Lies S2 featuring Meryl Streep have not yet been announced by the production house.