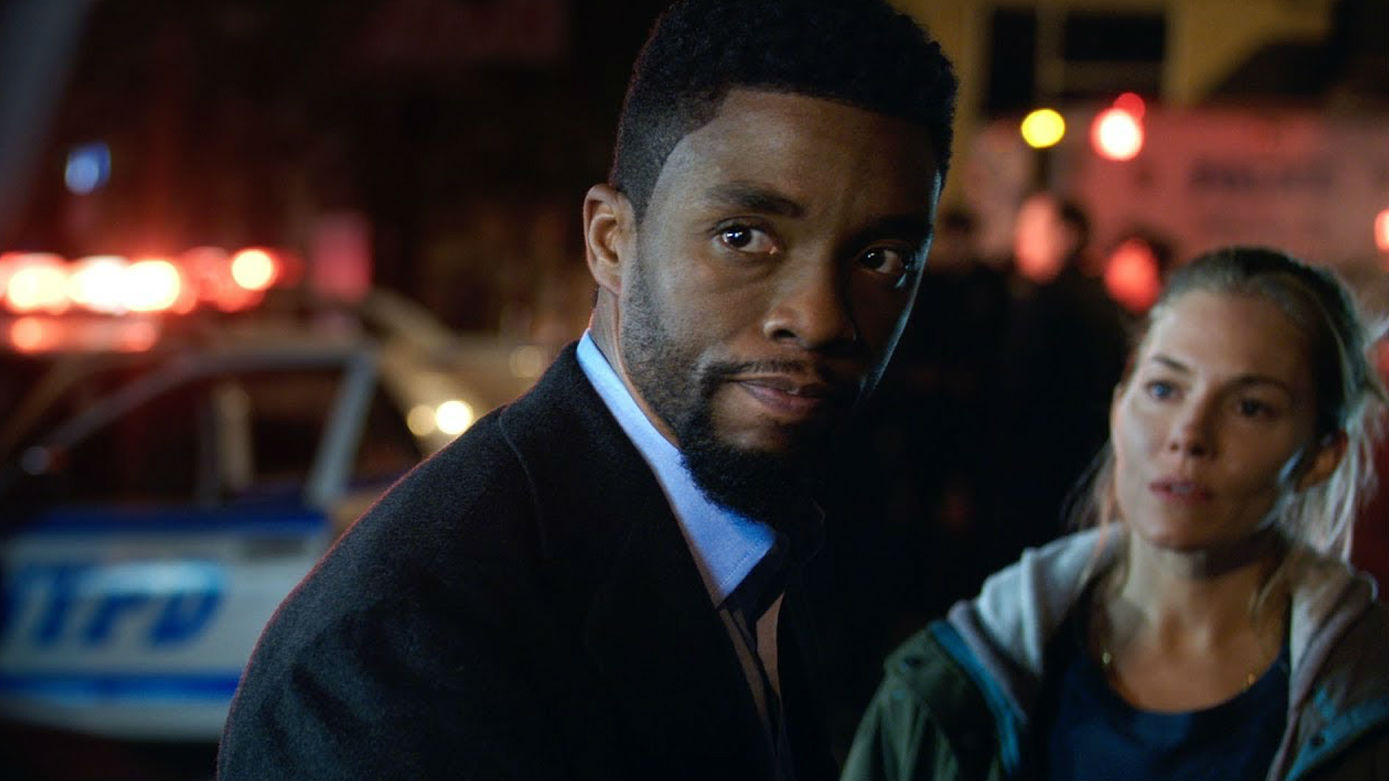 The cast is rounded off by Sienna Miller, J.K Simmons and acting legend Keith David

Fresh off the success of the MCU’s Black Panther, Chadwick Boseman is one of the hottest names in Hollywood, right now. His stock has never been higher and it’s time to strike while the iron is hot.  The acclaimed actor has stepped into the shoes of a grizzled New York cop who has to shut down the 21 bridges leading to and out of New York to catch two cop killers.

It’s definitely a bold move as an action star who is one of the biggest and most popular superheroes on the planet. His role as Black Panther really cemented him as an actor to watch out for. Directed by Brian Kirk and produced by the acclaimed Russo Brothers, 21 Bridges aims to be a gritty crime thriller and by all the looks of it, it seems to be heading down that path.

The film will be premiering on November 22 and was written by screenwriter Adam Mervis. The cast is rounded off by Sienna Miller, J.K Simmons and acting legend Keith David. From what we can see in the trailer, the film tackles a lot of issues. Just a recap of what the film is all about, 21 Bridges follows an embattled NYPD detective (Chadwick Boseman), who is thrust into a citywide manhunt for a pair of cop killers after uncovering a massive and unexpected conspiracy. As the night unfolds, lines become blurred on who he is pursuing, and who is in pursuit of him. When the search intensifies, extreme measures are taken to prevent the killers from escaping Manhattan as the authorities close all 21 Bridges to prevent any entry or exit from the iconic island.

Check out the trailer below.

Note: This post was published in association with PVR cinemas