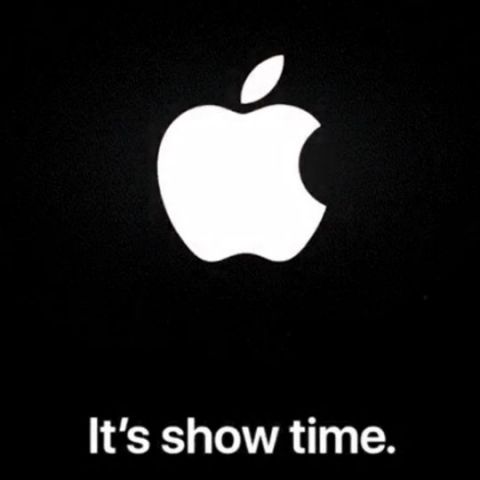 Apple has quietly scheduled a “Special Event” for today at the Steve Jobs Theater in Cupertino, California. Set to begin at 10 AM Pacific Time (10: 30 PM Indian Standard Time), the event is believed to be all about a new set of services Apple wants to offer. So don’t expect to see new hardware from the Mac maker. These new services could include, but not limited to, a video streaming service, a news subscription service, and a gaming subscription service.

Though you can start watching the live stream at 10:30 PM (in India) today, visiting the live stream website right now will show you a looped video, which is made to look like a CRT television set, with clues and hints about what Apple will reveal at showtime. Let’s take a look at what we can expect from Apple at this event.

Let’s examine the evidence: for quite a while now, Apple has had shows like Carpool Karaoke and Planet of the Apps in its video library but has never charged its viewers for watching them. It’s clear Apple wants to be involved in the video streaming service. Apple reportedly invested $1 billion in original TV shows back in August 2017, signing up various Hollywood actors for new shows. In fact, it’s when we first came to know of Apple’s Netflix-killer (if we can call it that).

A couple of weeks ago, Apple reportedly sent out invites to numerous Hollywood celebrities for the Special Event. Oprah Winfrey, JJ Abrams, Jennifer Garner, and Steve Carrell were some of the big names reported. The tagline for the invites read,  “It’s show time”.

If things go the way we all predict, Apple will launch a video streaming service with a library of at least 25 original shows that will compete with the likes of Netflix and Amazon Prime Video. The new service is also expected to have content from third-party studios as well. It will also offer an easy way to sign up for premium channels like HBO and Showtime. The monthly fee is expected to be $9.99 (Rs 689 approx). Being a "large-scale newcomer" in the video streaming industry, Apple will have to launch its service on Android and Smart TVs to make a financial impact, said analysts from Macquarie in a recent report.

Apart from the biggie, Apple is expected to offer a news subscription service, again, at $9.99 (Rs 689 approx). Expected to be branded as a premium reading experience or a "Netflix for news", this service is expected to offer news (or newspapers), up to 200 magazines, and feature articles from various major publishing houses. According to a Wall Street Journal report, Apple wants fifty percent of the revenue from the service, making news outlets hesitant to sign on. If Apple launches this at its Special Event, it will take on the likes of Magzter in India.

Reported originally in January, Apple’s third offering could be a gaming subscription where users pay a monthly fee to access a premium library of games on the App Store. According to a report by Bloomberg, the service will focus on paid games from third-party game developers, like Minecraft, NBA 2K, and the GTA series. How much of the combined revenue Apple will eat up from this service is not known yet.

Apple to invest $1 Billion in original TV Shows and films over next 12 months: Report