Apple could offer its original TV programming at a cheaper price than Netflix: Report

Apple could reportedly offer its original TV programming through a subscription service combining TV shows and Apple Music. Or not. 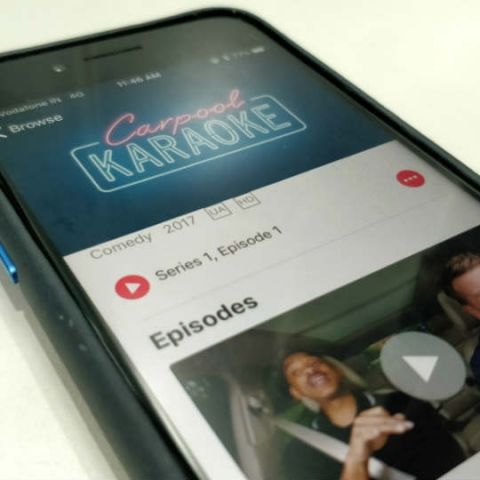 Apple’s plans to offer original video content in the form of TV Shows and other programming has been in the news for a while now. The Cupertino-based technology mammoth is looking to step into the world of video streaming in a big way and has been seen ordering original shows over the past year. So far, we know that a Steven Spielberg anthology series called ‘Amazing Stories’ will make its way to Apple's original programming lineup. Apple has also picked up a scripted series starring Reese Witherspoon and Jennifer Aniston, which will be loosely based on CNN reporter Brian Stelter's book Top of the Morning: Inside the Cutthroat World of Morning TV. And Just yesterday, news broke that Apple has signed a multi-year content deal with Oprah Winfrey to create a slate of original shows.

Even though Apple seems to be developing a strong content library for its ambitious video streaming project, it is not clear just how all of this programming will be presented to users. Will Apple create a whole new app? Will the company combine its current content offerings with the new slate of TV shows? Apple's plans have managed to elude us till now and all that is known is through whispers within Hollywood, and the industry of raconteurs that surround it. While some have even gone as far as predicting that Apple will buyout Netflix, others have hinted that Apple Music will see a revamp to highlight the new video push by the company.

Now, a new report by Recode summarises some of what the industry expects Apple to do with its highly anticipated slate of TV content. As per the report, there are three possibilities of how Apple could make the content available to its users. “Some industry observers” say that Apple could make its content available for free through the Apple TV app. Apple is also expected to make content from other TV services available on the platform through subscriptions.

Other “Watchers” told Recode that Apple could be looking to introduce a “very big subscription service” which would bundle content from Apple Music and also come with other benefits such as AppleCare.

Lastly, a TV executive who has spoken to Apple told the publication that Apple plans to sell a “standalone subscription” to its original TV shows and that the same will be priced below Netflix, which costs $11 a month in the US for the standard subscription.

Whatever Apple does with its TV content, it will first be seen in the US and then trickle down to other markets. It is expected that Apple will roll out its TV slate sometime in 2019 and the company is said to be investing upwards of $1 billion to ready the first batch of its original programming.