A natural step forward, of course, from the H4D and H5D series. 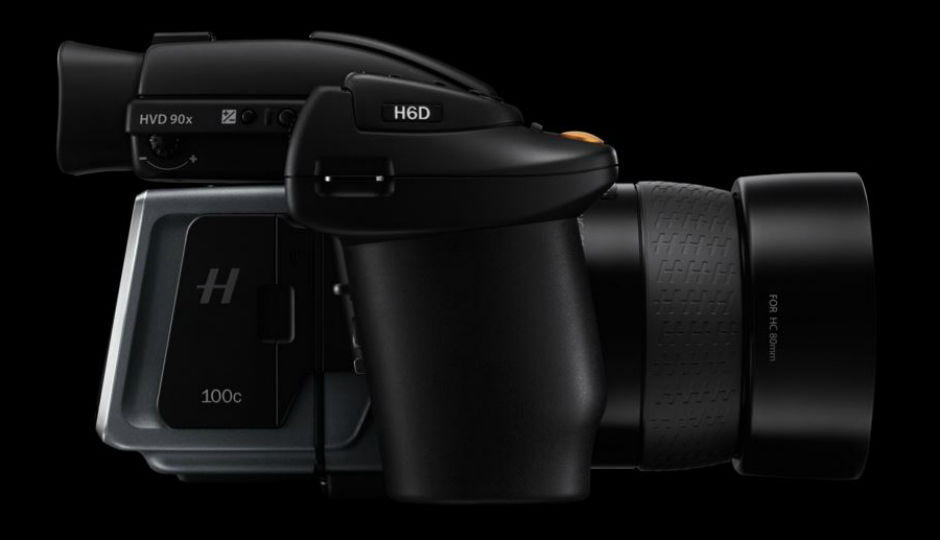 Hasselblad is not any other camera maker. The legendary company has been reputed to make large, heavy medium-format cameras that offer a level of detail unparalleled by other cameras in the photography industry, putting most DSLRs to shame. For any of us who have studied photography at any point in life, Hasselblad cameras have been legends that reside in dreams. Well, for most of us. Its new camera, the H6D, furthermore reinstates the same.

The Hasselblad H6D has two new variants - a 50-megapixel one, and a 100-megapixel one. The new cameras feature a better, reworked image sensor, a new processor with increased buffer size that allows shooting at two frames per second, an autofocus system with minutely accurate subject tracking, a 3-inch 920K-dot display, 4K/2K video recording in RAW, and a multitude of ports including USB-C 3.0, mini-HDMI, audio I/O and dual-card slots - one CF and the other SD. All of these, particularly the touchscreen display and the USB-C port, keep it relevant in the connected mobile world of today.

At these specifications, the Hasselblad H6D can produce an incredible level of detail that will be impossible to spot from any other camera. Its massive dynamic range, along with the excellent sensor allows shooting of incredibly detailed images with near-perfect colours. As such, photos at even 100% crop look supremely detailed, and the files themselves are massive. A Hasselblad camera is a companion for photographers who produce moments of genius that will be remembered across time. Take for instance the first moon landing shots, Steve Jobs’ portrait, Bert Stern’s Pyramid in a Martini Glass and the last photographs from Ansel Adams’ career as an active photographer. Anyone using or interested in a Hasselblad camera is possibly a seasoned photographer, and for them, Hasselblad cameras are almost an emotion. Take for instance the older generation monster, the H4D-200MS that could take multi-shot 200MP images that weighed about 1.2GB each, and you get proof of the fact.

The latest machine from the mighty Swede is a real monster, and as such, costs a bomb. The H6D-50c is rated at €22,900, while the H6D-100c is at €28,900, all lenses and accessories extra. Part of why you may not spot a ‘blad usually is because of its price, too. Upon direct conversion, the Hasselblad H6D-50c costs as much as a Skoda Octavia, an executive class D-segment sedan. But then again, you wouldn’t exactly be looking at the H6D if the car were your priority.