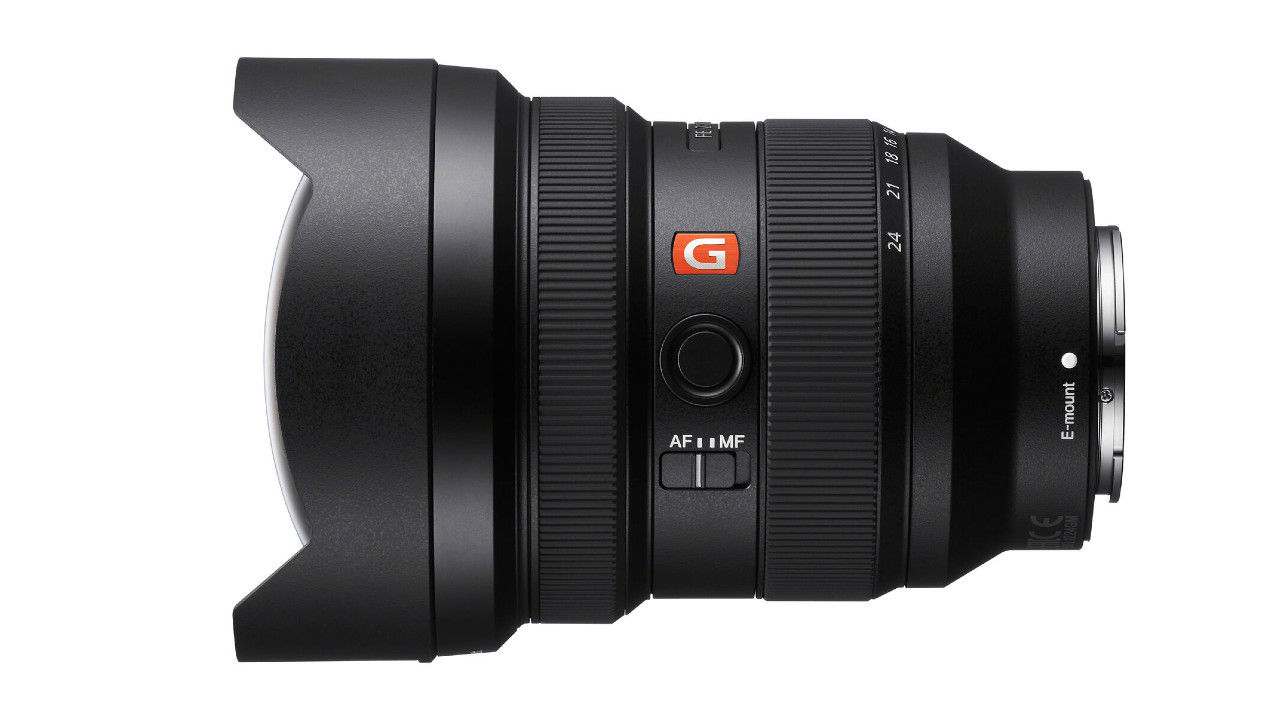 Sony has announced the brand new FE 12-24mm f/2.8 GM lens for its mirrorless lineup. This is a lens that’s a part of the G Master series of lenses from Sony for its full-frame mirrorless cameras, although it is also compatible with its APS-C portfolio. However, what’s special about the lens is that it’s the world’s widest full-frame lens with a fixed aperture of f/2.8.

The Sony FE 12-24mm f/2.8 is a fairly large and heavy lens, tipping the scale at 874 grams, measuring 5.39 inches in length and 3.84 inches in diameter. This large size of the lens is due to the complex optical configuration, which includes three XA Extreme Aspherical elements, two super extra-low dispersion (ED) elements as well as a single aspherical lens element. The aspherical and XA elements serve the purpose of controlling fringing and chromatic aberration on ultra-wide lenses, aspherical elements do the same when these ultra-wide lenses also have a large aperture. The aperture assembly utilizes 9 blades, giving the bokeh a circular characteristic. The lens construction also offers a dedicated focus hold button, while also incorporating dust and weather sealing. The lens does not include a filter thread at the front.

Up until now, a major breakthrough in lens design has been fairly slow. For decades, the lenses on offer have had standard focal lengths, paired with a standard aperture. For example, it was understood that zoom lenses would not have an aperture larger than f/2.8, since it would make the lens too bulky and expensive to market. However, Sigma broke through that decade-old chokehold when the company announced the 24-35mm f/2.0 lens. This was the world’s first zoom lens with an f/2.0 aperture, signalling that the first party lens-makers had enjoyed their comfort zone long enough. Prior to this, the only major lens redesign we saw was with the introduction of higher resolution DSLRs (30MP+) as the lenses available at the time did not have the resolution to match the sensors, introducing diffraction artefact into images that had been shot at f/8 or smaller. OIS was another area where we saw slow and steady improvement, with Canon and Nikon lenses going from 3-stops of effective OIS to 4 and now, even more. However, Sigma was the first to break the barrier of optical design challenge within the realm of what was considered a fair asking price. Since then, Sony and Canon have stepped up their game significantly.

With Canon finally foraying into the professional mirrorless space with the EOS R lineup, the new RF lenses have been nothing short of an engineering marvel themselves. While they were quick to bring their popular EF lenses to the RF portfolio, such as the 85mm f/1.2L, the 50mm f/1.2L and even the 24-70/24-105 combos, the real engineering marvel was the 24-70mm f/2.0L USM. While Sigma’s lens offered a relatively small zoom range, Canon’s covers a very popular focal length, while offering a larger aperture. Nikon, for its part, redesigned their Noct lens for the modern high-resolution sensor, releasing the Nikkor Z Noct 58mm f/0.95 for its Nikon Z series of mirrorless cameras.

Ultra-wide zoom lenses for well over a decade have been stuck at the 16mm end if the lens had to be a full-frame lens and also pack an f/2.8 aperture. There are prime lenses available with an aperture of f/2.8 that are much wider, and even APS-C lenses that advertise a focal length as wide as 11mm with an aperture of f/2.8. However, the latter does not cover the entire area of a full-frame sensor and when attached to an APC-S body, offers only a cropped focal length. Basically, you’re not really getting the 11mm FOV. The new Sony FE 12-24mm f/2.8 finally brings everything together; full-frame compatibility, a large aperture and a 12mm wide-end.

Sadly, this kind of feat does not come cheap. The Sony FE 12-24mm f/2.8 has a price tag of Rs 2,99,990 and is available across all Sony Center, Alpha Flagship stores, Sony authorized dealers and major electronic stores.