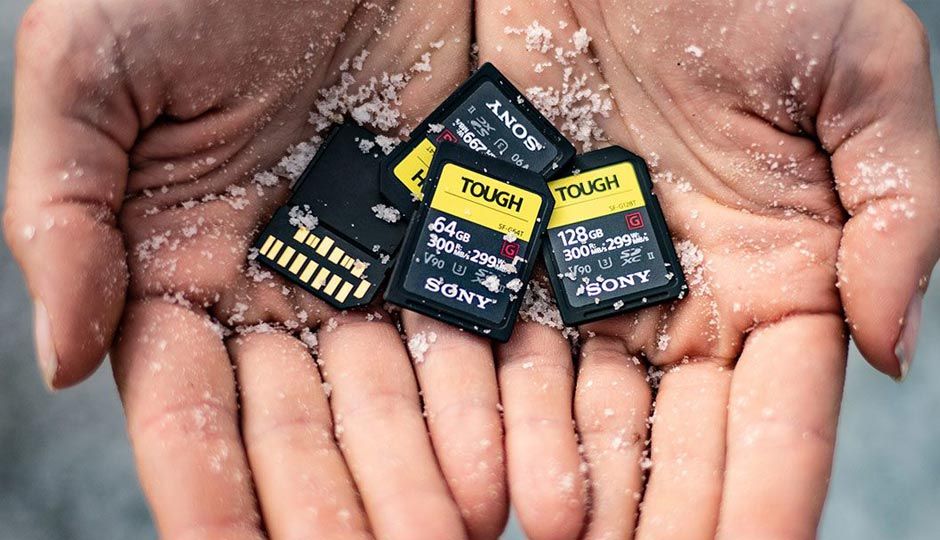 Anyone who has used SD cards would attest to one truth; they are fragile. Photographers and film-makers using cameras that only offer SD Card slots would attest to losing expensive, high-speed, high capacity cards because of a chipped fin, or a broken lock. It is probably the most frustrating thing to experience, and finally, Sony has done something to correct the situation. Sony has announced a new line of Touch SD cards designed to not only withstand abuse, but also improved design that prevents structural failure.

The first thing Sony has tackled with its new SF-G series Tough series of cards is that they have redesigned the entire structure. Typically, an SD card is a 3-piece construction; an upper plastic, a lower plastic and the circuitry in between. Sony’s card uses a monoblock structure with no empty space on the inside, making them far more resistant to bending than current SD Cards. Sony showed off a video where the new and old SD cards were subject to force and while the current design broke rather quickly, the Tough series card withstood about 80Nm of force.

The second, and perhaps most important design change is to the delicate structures on the card’s frame. Typically the ribs separating the contact pins, the data lock switch, and the front joint of the casing are the first to fall apart, and they do so rather easily. Sony has completely done away with all three. The casing, now being a monoblock, has no visible joints so as to ensure it doesn’t come apart. Secondly, the removal of the side lock switch means your perfectly healthy card won't become useless if this “delicate as a flower” switch breaks. The ribs have been removed by reworking the contact pins and introducing some gaps in them naturally.

The result is a card that won’t come apart at the seams, won’t become unusable if the lock switch breaks and most of all, can also withstand being dunked in water without any worries because the card is IPX8 rated. In addition, the cards are rated for the fastest write speed of 299MB/second and read speeds of 300MB/second. 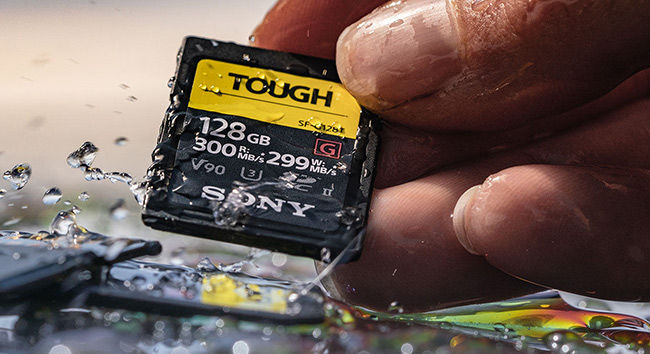