In the midst of the E3 ruckus, Sony has come forward and announced the DSC-RX100, a compact camera for enthusiasts that would sport a 1-inch CMOS sensor. 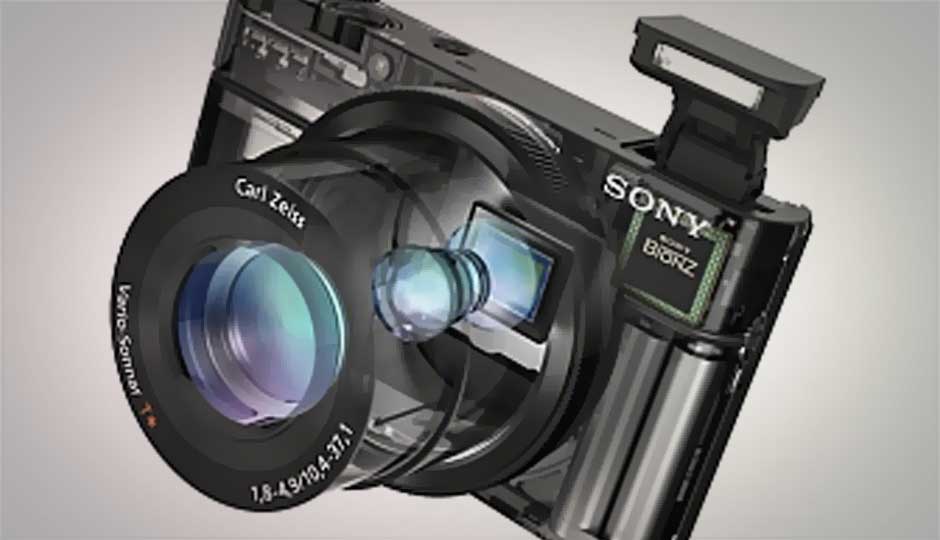 In the midst of the E3 ruckus, Sony has come forward and announced the DSC-RX100, a compact camera for enthusiasts that would sport a 1-inch CMOS sensor. The sensor, almost four times as big as those found in traditional point and shoots, will boast of a 20 million pixel count (20 megapixels). It’s interesting that Sony’s enthusiast debutante employs a sensor the same size of that we found in Nikon’s mirrorless system.

The enthusiast cameras, as of today, are either feature rich, while adding the bulk (did someone say Canon G 1x?) or, shed some important features in exchange for a slim form-factor (Canon S100). The Sony RX100 packs in ridiculously amazing features, without compromising on the form factor. The RX100 packs a Carl Zeiss 28-100mm (35mm equivalent) with an aperture that rests at f/1.8 at the wide end and tops out to f/4.9 on the telephoto end. While the minimum aperture of f/4.9 might not be so desirable, but the f/1.8 on a Carl Zeiss lens sure is alluring.

Besides the brand spanking new sensor and a Zeiss branded lens, the new offering from Sony also rocks an ISO range of 100-6400 (expandable up to ISO 25, 600). If an impressive ISO range isn’t enough, there’s also the 10 frames per second continuous shooting. A first for Sony, The RX100 is also capable of recording images in Camera Raw format, something that would definitely attract the enthusiast.

Sony has included a customizable ring on the front of the camera that can have various functions mapped to it, indicative of its efforts to woo the serious photographer. The usual slew of creative modes that one would find in a normal Sony Cybershot camera can also be found in the RX100, along with a 1228.8K dot “White Magic” LCD screen.

The camera has been slated for a July release with a hefty price tag of $650 in the US. India pricing and availability is yet to be confirmed.