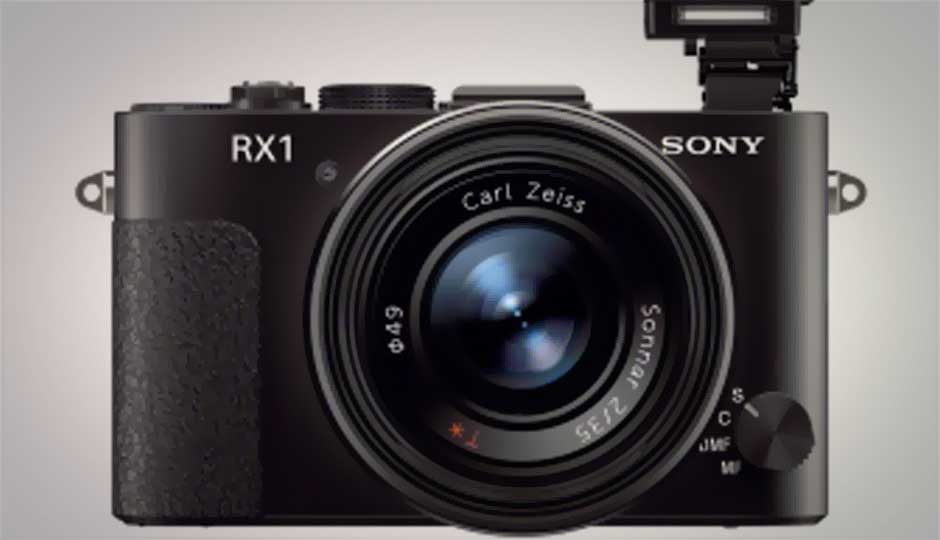 The RX1 is Sony’s show of engineering strength as they have managed to pack a 24MP full frame sensor into a point and shoot body. The camera is also confirmed to have a fixed 35mm f/2.0 Carl Zeiss Sonnar T* lens which features a leaf shutter for virtually silent shooting.

The RX100 was quite a phenomenal camera in itself, but the RX1 is treading into uncharted territory. The Fujifilm X100 was so far the elite point and shoot, but the RX1 is going to take the spot. In fact, the RX1 is quite closely competing with the Leica, which costs a far more obscene amount of hard earned cash.

With a pixel count of 24 million, the RX1 can shoot RAW along with a burst mode of 5 frames per second. It features pretty much all DSLR functionality, save for an interchangeable lens, which is the biggest downfall for the RX1, which is pegged at $2800 (roughly Rs. 1,55,000).

The main competition the RX1 will face is not from Leica, but mostly from mirrorless cameras. While the full frame is definitely a major plus, the mirrorless cameras are also incorporating bigger sensors than ordinary point and shoots, along with the ability to swap lenses. The micro four thirds standard has quite an extensive lineup of lenses and any mirrorless camera designed around the mount with a bigger sensor is bound to cost far less than the $2800 price tag of the RX1.

The price and availability of the RX1 for the Indian market is not yet known, but rest assured, when the details are announced, we’ll definitely be covering them.