It's a day of announcements for Sony. Following up the full frame point and shoot RX1, Sony has also announced their next attempt at full frame DSLT (digital single lens translucent), the Alpha 99. 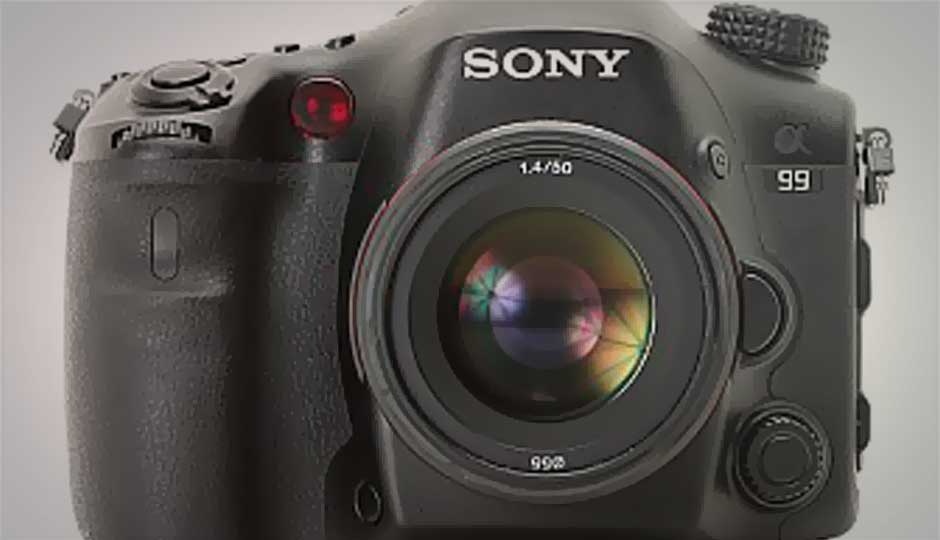 It’s a day of announcements for Sony. Following up the full frame point and shoot RX1, Sony has also announced their next attempt at full frame DSLT (digital single lens translucent), the Alpha 99.

It was four years ago when Sony came out with the A900, their first full frame DSLR that would have struck chords of nostalgia with Konica Minolta fans. The camera didn’t really pick up that much fanfare though and all news/rumors of any full frame from Sony were buried, until today.

The Alpha 99 follows in the typical Sony tradition and employs their semi-translucent mirror technology, meaning that the A99 wouldn’t use the typical “optical viewfinder”, but instead, uses an electronic viewfinder that we have seen in the other Alpha series cameras like the A77. In the Alpha 77, the translucent mirror helped achieve frame rates of up to 12, but the A99 only goes up to 6 frames per second only, probably due to the heavy file size each image would have thanks to the 24MP full frame sensor.

The Alpha 99 features a dual focus system, touted be the first of its kind. The primary focus system comprises of 19 AF points with 11 cross type points and the sensor also includes 102 point focal plane phase detection AF. This is similar to what we’ve already seen in the Nikon 1 V1 and the Canon 650D.

In other specs, the A99 is made up of full magnesium alloy, along with featuring an extensive weather sealing system to make it impervious to the elements.

The Sony A99 is slated to be released sometime October for a street price of $2800 for body only. No word yet on India pricing and availability. Sony has strangely given the Sony RX1 point and shoot camera the same $2,800 price, albeit with the same full-frame 24MP sensor. Pricing a point and shoot the same as their flagship full-frame DSLR seems to be an unwise move on Sony's part – after all, who wouldn’t want the extra functions, and choice of lenses? In this case, the portability and convenience probably wouldn’t outweigh the sheer functionality, at that price.