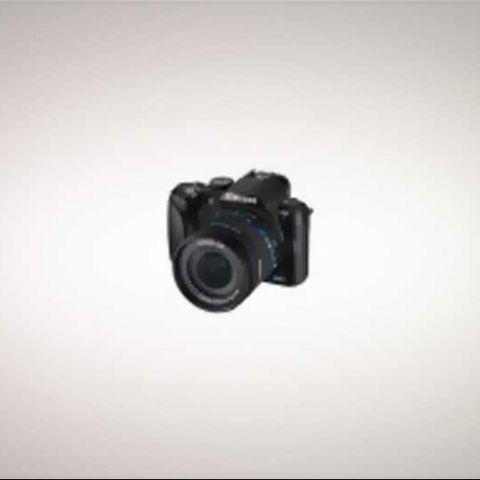 Earlier this year Samsung introduced its first mirror-less camera—the Samsung NX10. The camera's compact body was equipped with a large APS-C size sensor, and it delivered image quality and speed comparable to a traditional D-SLR but without the bulk (just like Sony's NEX-3.) On Wednesday, Samsung announced a successor, the Samsung NX11.

[RELATED_ARTICLE]Samsung claims the feature set with be similar to the NX10; the most notable addition to the NX11 will be support for its i-Function lenses. This line of lenses includes a button that allows the user to control the shutter speed, aperture, exposure, white balance, or ISO sensitivity. The focus ring can also be used to change these values—in essence, the i-Function ring and button let the user navigate menus and settings without taking their hand off the lens. The NX11 will sell with an 18-55mm f/3.5-5.6 image stabilized lens that includes i-Function controls. Two additional i-Function lenses are available separately: Samsung 20-50mm F3.5-5.6 and Samsung 20mm F2.8.

Also announced was a super-zoom camera. The Samsung WB700 will offer 18x optical zoom (via 24-432mm Schneider KREUZNACH lens), manual controls, and 1080p video capture. The camera will also debut a new noise reduction algorithm that cancels out noise from the lens motor so you can zoom in/out while recording video without hearing noise. The Samsung WB700 will sell for $299.99 in April.