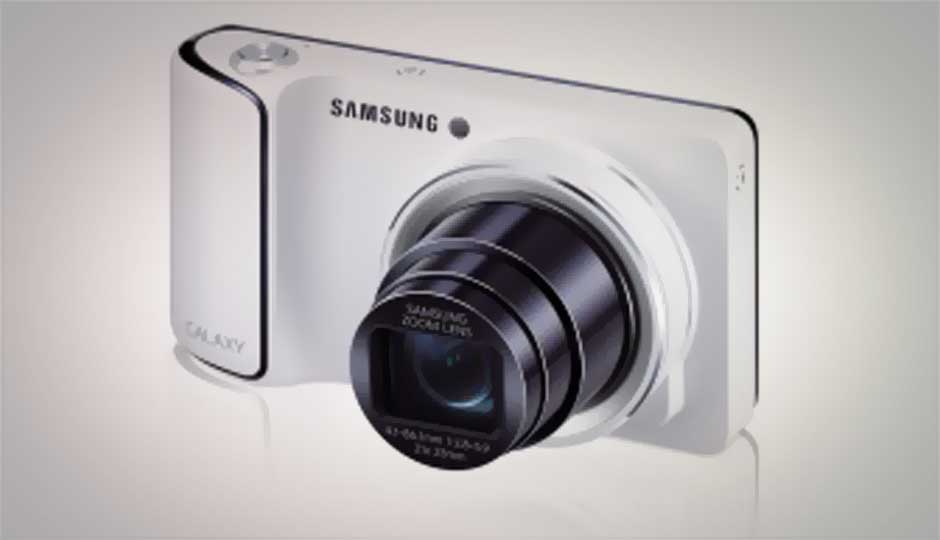 The Samsung Galaxy Camera is now available on Amazon.com for Rs. 16,999, with no conditions, coupons or hidden charges!

The Samsung Galaxy Camera has a large 4.8-inch HD LCD screen with 1280 x 720 pixels resolution. It offers Corning Gorilla Glass protection against scratches. The camera has a 16MP BSI sensor and a 21x optical zoom lens and 4x digital zoom. On the connectivity front the camera supports 3G, and Wi-Fi connectivity. So, you can just click and upload pictures from your camera to social networking sites or share them with your friends via email. The Galaxy Camera also supports third-party photography apps like Instagram and Panorama Camera 360.

The Samsung Galaxy Camera runs on Android 4.1 Jelly Bean OS and has a quad core 1.4GHz processor, with 1GB of RAM. It has 8GB of storage expandable up to 32GB via microSD card support, and a 1,650 mAh battery. It bears inbuilt accelerometer, gyroscope, and compass sensors. The camera is available on various online stores for Rs. 19,000 (approx) but Amazon is offering the device for Rs. 16,999 only.

Samsung is already the leader in smartphone space and has surpassed Nokia to become the number one mobile manufacturer in India according to a recent report by CyberMedia. Samsung has grown by 43.6% in the past year with that Samsung has grabbed the top spot with revenues of Rs. 11,328 crore in the Indian mobile market.

Samsung's growth has been attributed to its vast portfolio of devices ranging from Rs. 1,500 to Rs. 50,000 catering to every consumer segment. Samsung's Galaxy range of smartphones and tablets has also added support for nine Indian languages at a recent event in New Delhi. The devices will offers Hindi, Punjabi, Gujarati, Bengali, Tamil, Kannada, Marathi, Telugu and Malayalam language support for users. Users will also be able to access their favorite apps like Facebook, Gmail etc in their native language from the Samsung App Store.