Samsung India has officially launched the Galaxy Camera in the country, and according to Mr. Asim Warsi, Vice President, Samsung Mobile, India is among the first five markets in the world where the camera has been launched. 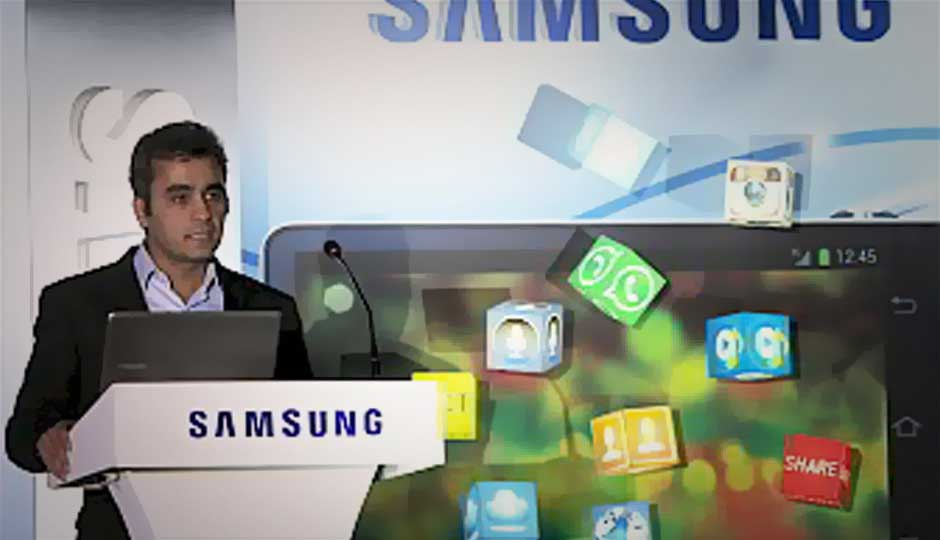 Samsung India has officially launched the Galaxy Camera in the country, and according to Mr. Asim Warsi, Vice President, Samsung Mobile, India is among the first five markets in the world where the camera has been launched.

The Samsung Galaxy Camera is built upon the DNA of Samsung’s very popular Galaxy S III Android smartphone, sharing with in common the Exynos 4 processor, a quad core chip that is clocked at 1.4GHz. Along with that, there is also a 1GB of RAM along with 8GB onboard storage, which can be expanded using a microSD card. There is a gorgeous 4.8-inch touchscreen at the back, which, for a second, made us feel like we were looking at the Galaxy S III. Besides the massive processing power and RAM numbers, the Galaxy camera stands apart as a peerless innovation by packing in 3G/4G radios.

Samsung’s goal with the Galaxy Camera has been to make a shooter that is truly connected. They wanted to eliminate the “yes, I’ll send you the photos later when I get home” problem by building connectivity options into the camera so that the images could be shared instantaneously. Even though we do have an Android powered camera (Nikon’s Coolpix S800c running Gingerbread), Samsung’s Galaxy Camera stands apart from it in almost every single way.

Since the camera’s key feature is that it runs on Android, Samsung has powered the impressive hardware with Android 4.1 Jelly Bean OS, the somewhat newest offering from Google. When asked about the plan of updating to Android 4.2 (specifically for the Photo Sphere feature), we were told that the update is in the works, but no timeline for release has been set yet.

Running on Android with such impressive hardware, the Galaxy Camera allows the users to download any app from the App store and run it on the camera. It even supports third party photography apps like Instagram and Panorama Camera 360. We tested that for ourselves to make sure it wasn’t just a gimmick and for sure, the apps worked beautifully, interfacing with the Samsung hardware very well.

One aspect of the camera that Mr. Warsi pointed out specifically was that it has been built ground up by Samsung. The processor, the RAM, the display, the 16-megapixel BSI sensor and even the 21x optical zoom lens (23-481mm) are all Samsung made. This comes in light of the fact that Samsung is known to use Schneider lenses in other camera models, but the German-made lenses are missing on the Galaxy Camera. To showcase that Samsung engineering could hold its own, prominent fashion photographer Anushka Menon showcased some of the works she had shot on the camera, and it was definitely enough to impress us. 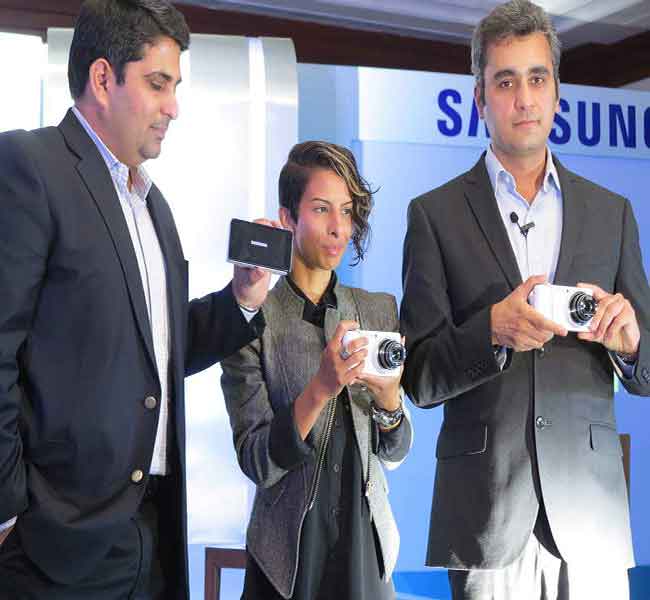 The Samsung Galaxy camera can now be purchased online immediately and will be available in stores tomorrow for Rs. 29,990. Seeing as how a 1650mAh battery might not be enough in case you decide to use your camera as more than just a camera, the good folks at Samsung are also packing in an extra battery into the retail box for the initial sales period.

Do read our detailed first impressions of the Samsung Galaxy Camera, here, as well as our review of the Nikon Coolpix S800c, here.