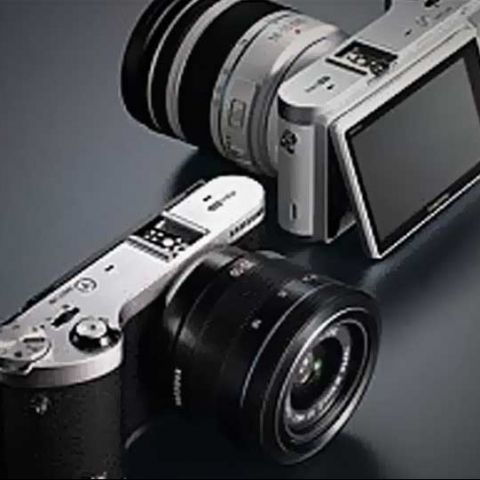 Samsung continues with its onslaught of product launches before CES takes over. Samsung has officially announced its next NX-series of mirrorless camera - the NX300 which is a 3D-capable successor of the NX210. Alongwith this mirrorless camera, Samsung has also announced a 3D lens which is supposedly the world’s first one-lens 3D system.

Before you jump to conclusions, no the NX300 will not sport an Android 4.1 operating system like the Galaxy Camera. The NX300 houses a 20.3 megapixel APS-C sensor, an ISO range of 100 to 25,600, 8.6 FPS continuous shooting mode, hybrid autofocus for faster focussing, 1080p @ 60fps support for video files, dual-band Wi-Fi and a fast 3D capable DRIMe IV image processor.

The NX300 has also got an upgrade on the screen size over its predecessors. It now sports a 3.3-inch AMOLED touchscreen having a resolution of 800x480 pixel using 768k dots. It can tilt to 90 degrees.

The NX300 comes in white and black colours with the body sporting a retro faux-leather finish. The black one looks particularly gorgeous and sports quite a heft on the side of the palm rest.

Samsung has also announced a 3D-capable 45mm f/1.8 lens to be sold separately which will work with older NX cameras (sans the 3D capability). Using this 3D lens with the NX300, you can shoot 3D stills as well as 1080p 3D movies. While shooting in the 3D mode, two LCD filters move in front of the sensor and flicker on and off for 30 seconds create the 3D image.