The Remo can interact with the Hero5 Black from 33 feet. It supports 10 languages, and is waterproof. 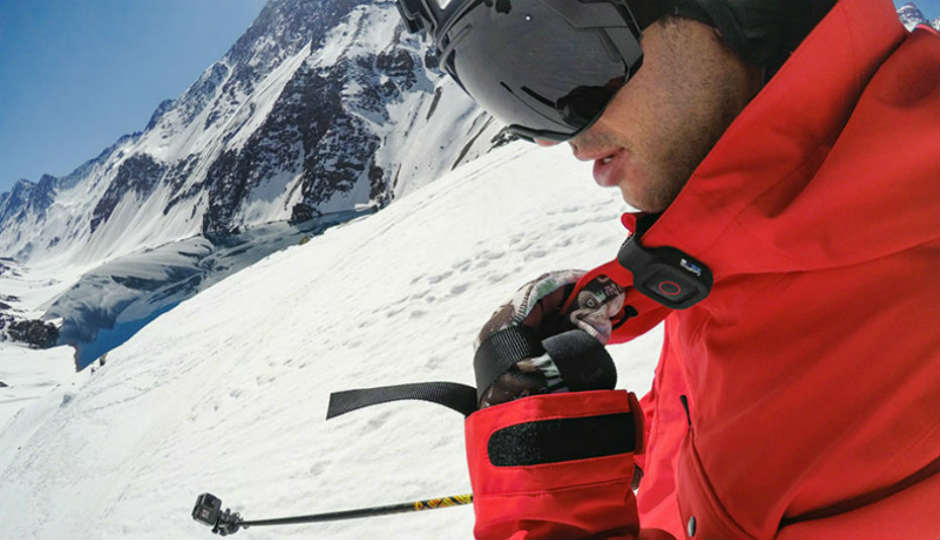 Action cam manufacturer GoPro has released the Remo voice activated remote for its hero5 Black and Hero5 Session cameras, at a price of $80 (approximately Rs. 5500). The device is already available for sale via GoPro’s official website and the company’s retailer network.

Earlier in 2016 the company had released two new cameras the Hero5 Black and Hero5 Session both of which featured voice control functionality. The new feature though useful drew criticism for its command reception which faltered in windy and noisy environments. Another problem was the performance of the camera when the voice commands were given from close proximity.

The new remote, which is already available via GoPro's website and through a network of retailers, features a larger range for giving voice commands at 33 foot and performs better in noisy environments. It is also compatible with 10 languages and is waterproof. Users can use the Remo voice activated remote for giving voice commands such as start or stop, Voice commands can also be used for taking pictures and switching between various modes.

The GoPro Hero5 Black can shoot videos at max resolution of 4K at 30fps and 12MP photos. It has RAW shooting and electronic image stabilisation along with native waterproofing of up to 33 feet. The Hero5 Black also has a 2-inch LCD display with touch input, and uses stereo microphones for recording audio. The voice control on the Hero5 Black supports for seven languages and the camera can automatically backup the user's content to GoPro’s subscription-based GoPro Plus Cloud service.

The smaller Hero5 Session houses a smaller image sensor and can shoot 10MP photographs, and does not support RAW shooting. The display, integrated GPS and Wide Dynamic Range from the Hero 5 Black are also missing from the Session. However the camera can shoot 4K videos at 30fps, has 33-feet waterproofing, voice control and Cloud backup.