Both, the Panasonic Lumix G7 and the Lumix G85 support 4K video recording, along with live 4K video cropping. The two cameras also come with a 3.5mm mic-in jack, post focus and more. 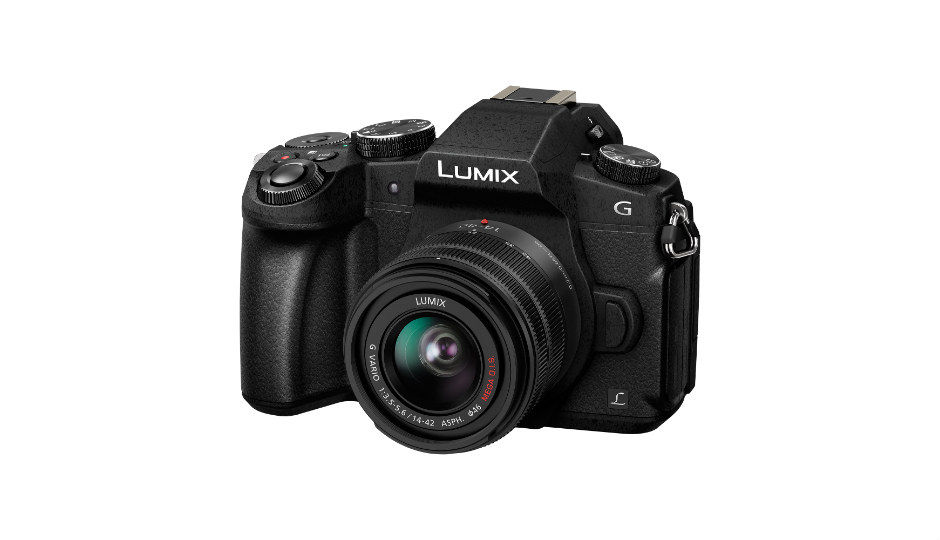 Panasonic has launched two new mirrorless cameras in India under its Lumix series - the G7 and the G85. Both the cameras fall under the Digital Single Lens Mirrorless (DSLM) category and support 4K. The Lumix G85 comes with dual-image stabilisation and a focus stacking feature, which allows users to adjust the depth of field after capturing an image. It is also dust and splashproof, and weighs 435 gms (only body). The Lumix G7 comes with a 16MP Digital Live MOS Sensor and is the more affordable of the two cameras. The Lumix G85 is priced at Rs 72,990, whereas the Lumix G7 will cost Rs 72,990. Both cameras will be available from all Panasonic stores. There is also an option to buy the Lumix G7 with a dual kit option of 1442 mm + 45150 mm at Rs 58,990.

The Panasonic’s Lumix G85 sports an OLED LVF (Live View Finder) with a 3.0-inch free-angle display and is equipped with a 16MP Digital Live MOS Sensor without a Low Pass filter. It uses the Venus Engine image processor and has a max ISO sensitivity of 25600. The camera can also record 4K video and supports simultaneous real-time playback to an external monitor via HDMI while recording a video. It features a 5-axis Dual Image Stabilizer, which the company says offers blurring suppression and is capable of cropping live 4K videos. Other features include RAW data development, multiple exposures, time-lapse and stop-motion animation.

The Lumix G7 can record QFHD 4K videos in 3840x2160 resolution at 25p (50Hz) or 24p in MP4. It features a 16MP Digital Live MOS Sensor coupled with the Venus Engine image processor and a quad-core CPU. The camera supports max ISO of 25600 and comes with a 3-inch free-angle screen. The Lumix G7 also features a drive mode dial, in addition to the front/rear dials. Other features include Wi-Fi connectivity with smartphones, a 3.5mm mic socket, focus peaking, time-lapse shot and stop-motion animation.

Gaurav Ghavri, Product Head of Digital Imaging at Panasonic India, said, “The new LUMIX G7 and G85 targets the new-age videographers and photographers, who are upwardly mobile and are willing to join the 4K revolution. Designed for all DSLM professionals, these cameras are an answer to a professional, 4K photography and videography that ensures memories for life  The compact form, packed with innovative technology with Dual-Image Stabilisation and Focus Stacking function that enables users to adjust the depth of field after shooting by combining multiple images shot with the Post Focus distinguishes them from the pack. Set to transform the DSLM segment, we see a huge potential for Lumix G series in India.”

Panasonic previously launched its Lumix GH5S cinema 4K video recording camera in India at Rs 184,990. It features 5EV luminance detection performance with Low Light autofocus and comes with a "LiveView Boost" feature which allows it for checking composition in darkness by boosting the sensitivity. It features a 10.2MP Digital MOS Sensor with "Dual Native ISO Technology" and "Venus Engine 10", and supports max ISO levels of 51200.