The latest lineup of Nikon’s compacts are powered by 1-inch CX sensors, have three variants based on the type of lens you’d want, and also has an OLED touchscreen viewfinder. 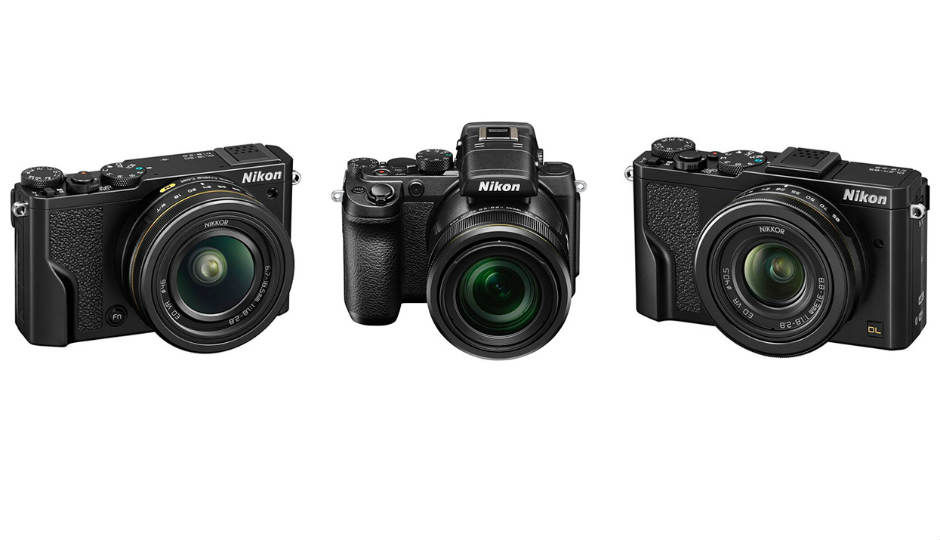 Nikon is launching a new lineup of advanced point-and-shoot cameras, housing 1-inch sensors and capable of recording 4K resolution videos. The new Nikon DL lineup consists of three premium advanced compact cameras powered by the same 20.8-megapixel CX-format 1-inch sensors that are used by Nikon in its 1 mirrorless series. The new cameras house the same 1-inch sensors as inside the Sony RX100 lineup, and while these are smaller than micro four-third sensors, they sound good enough to present casual photographers or compact camera aficionados a good alternative to larger cameras with bulkier configurations.

The three cameras in the Nikon DL lineup consists of the DL18-50 with a reasonably wide angle lens, DL24-85 falling somewhere in between wide angle and telephoto, and the DL24-500 for wide optical zoom fans. Super-zoom cameras often end up sacrificing on image quality or camera dimensions while fitting the large zoom lens, and Nikon’s DL lineup will look to overcome just that. The DL18-50 and DL24-85 has f/1.8-2.8 aperture lenses, while the DL24-500 has an f/2.8-5.6 lens, which technically sounds like a good performer.

The other highlight of the lineup is its 4K video recording. With an increasing number of people preferring the ability of their cameras to support 4K video recording, the Nikon DL lineup will join Sony’s CyberShot RX100 IV in providing 4K video recording capability. The cameras will also feature hybrid autofocus mechanism and 20fps burst shooting and 1200 fps slow motion video, although only in 1080p. You also get full manual controls, a hot shoe and an OLED touchscreen panel, to top it all.

Prices for the cameras in the US start at $650 (Rs. 44,600) and go up to $1000 (Rs. 68,700). Launch dates and pricing details for India are yet to be received, and going by the pricing, we expect the cameras to be right up the pecking order with the likes of Canon PowerShot G3X and the Sony CyberShot RX100 IV. Watch this space for more details on the latest of Nikon.