The two cameras feature the same design but differ in terms of specifications like Megapixel count, focus points and some others. 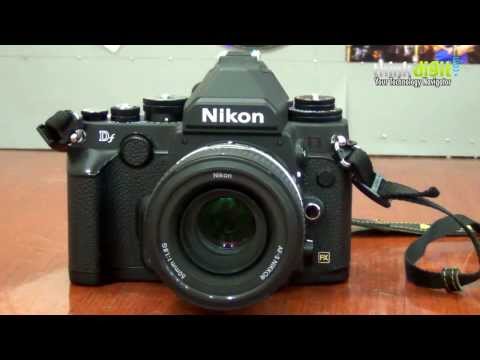 Nikon has expanded its portfolio in India with the launch of the Nikon Z7 and Nikon Z6 Full Frame Mirrorless cameras. Alongside the cameras, the company has also unveiled the Nikkor Z S-line lenses and the FTZ mount adapter. While the two FX-format cameras are near identical in terms of design, they differ in their sensor resolution, number of focus points, ISO range and a few other small features. There are three new lenses as well, the first one is the Nikkor Z 24-70mm f/4 S, while the Nikkor Z 35mm f/1.8 S is a wide-angle lens. Finally, the company has also introduced the standard prime Nikkor Z 50mm f/1.8 S lens. All the three S line lenses are interchangeable. 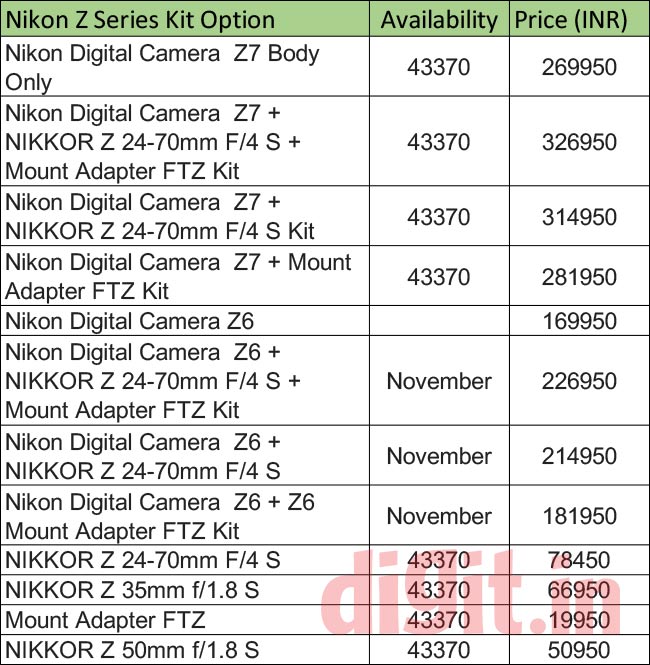 Talking about the specifications, both the Nikon Z7 and Z6 feature a backside illuminated CMOS sensor, with focal-plane phase-detection AF pixels. The Z7 comes equipped with a  45.7MP sensor and sports an ISO range of 64-25600. On the other hand, the Nikon Z6 gets a 24.5MP sensor and supports an ISO range between 100-51200. Additionally, there is a considerable difference in the number of focus points the two devices come with. The Z7 sports 493 focus points, while the Z6 has 273 focus points, both with 90 percent viewfinder coverage. The two cameras feature the new Expeed 6 image-processing engine and sport a 3.2-inch touchscreen. With the Nikon Z7, one will get the advantage of 12fps burst speed as compared to the 9 fps on the Z6. Both the cameras feature an EVF resolution of 3.6M, come equipped with a 5-axis image stabilisation, single XQD card slot and even weigh the same at 585g. They both can record 4:2:2 10-bit 4K video at 3840x2160p resolution at 30 fps. You can read our first impressions of the Nikon Z7 and the Nikon Z6

While it may appear that Nikon is not launching too many lenses with the new cameras, they have outlined a full roadmap of the upcoming lenses. The roadmap reveals a total of 12 lenses that the company hopes to have available by the year 2020. Of all the lenses, probably the most highly anticipated lens is the Nikkor 58mm f/0.95 Noct, the brightest lens available for a modern-day imaging system. The lens is expected to be released later in 2019. 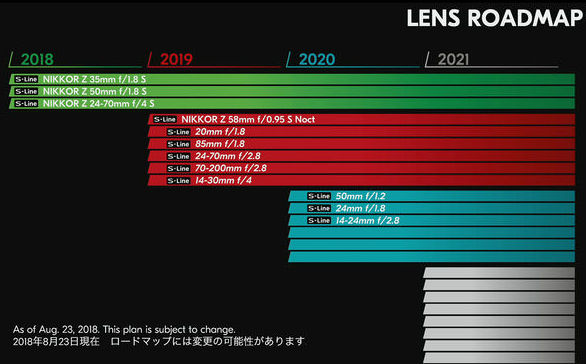