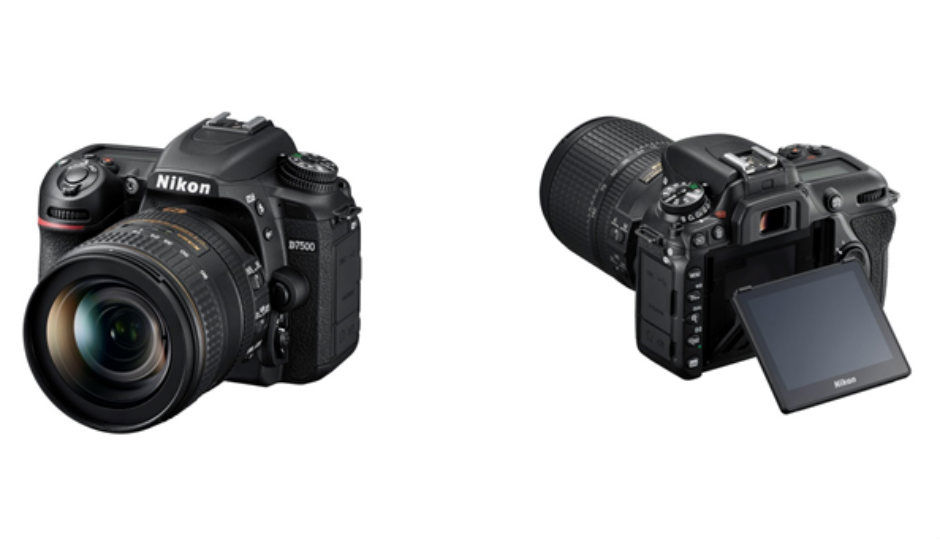 The Nikon D7500 sports a 20.9MP CMOS sensor with EXPEED 5 image-processing engine. The camera has an ISO range of up to 51200 and offers Auto Picture Control. When this is enabled, the DSLR determines the optimal colour adjustment by tuning the tone curve, colour and sharpness automatically. The camera offers 51-point autofocus system, and can shoot up to 50 shots in 14-bit lossless compressed RAW files. There is also a touch-operated, slim tilting monitor which can be used to configure settings, scroll through images, and control autofocus.

Further, the Nikon D7500 is capable of 4K recording at 2160/30p formats. To record videos, users have the option of simultaneously record files on external HDMI-compatible devices as uncompressed data or the camera’s own memory card. For connectivity, the D7500 comes with support for SnapBridge, which ensures that the camera remains connected to other smart devices. The device comes with built-in Wi-Fi and Bluetooth to transfer of images and video files to other devices.