Nikon has announced the successor to the versatile flagship Nikon D3S, with the new D4 due in stores by late February at a suggested price of $5,999.95. Featuring a 16.2MP FX-format CMOS sensor, the Nikon D4 will apparently deliver a “formidable fusion of 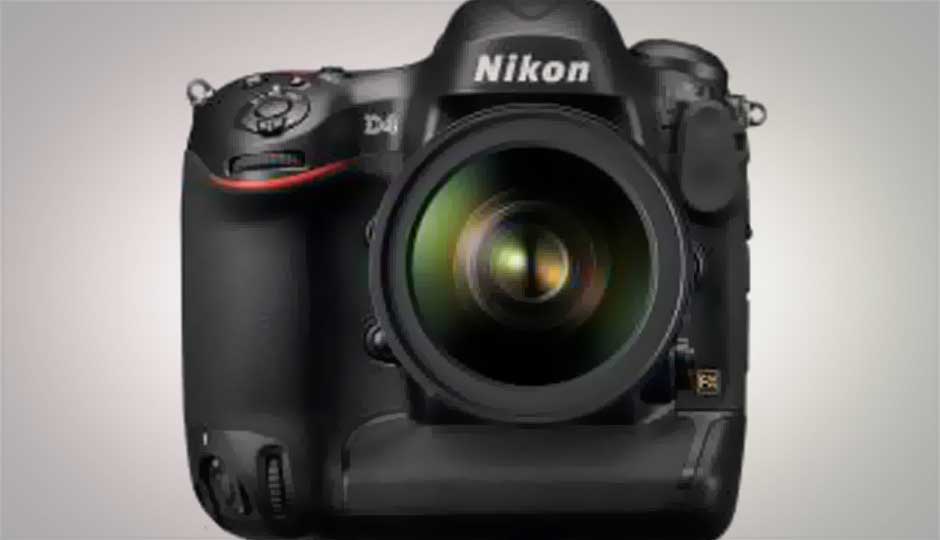 Nikon has announced the successor to the versatile flagship Nikon D3S, with the new D4 due in stores by late February at a suggested price of $5,999.95. Featuring a 16.2MP FX-format CMOS sensor, the Nikon D4 will apparently deliver a “formidable fusion of swift performance, battle-tested technologies and innovative new features to create high calibre photo and multimedia content”

The new flagship’s FX-format CMOS (36 x 23.9mm) sensor is coupled with a new EXPEED 3 image processing engine, and has a broad native ISO range from 100 to 12,800 ISO (even during video), expandable from 50 (Lo-1) to an incredible yet usable 204,800 (Hi-4). The sensor’s large 7.3µ pixel size absorbs the maximum amount of light, and its construction features a gapless micro-lens structure and anti-reflective coating. Ready to shoot in about 0.012 seconds, the Nikon D4 can also capture full resolution JPEG or RAW files at up to 10 fps with full AF / AE, or up to 11 fps with AF / AE locked.

The Nikon D4 has the new Advanced Multi-Cam 3500 AF autofocus system, with a 51-point AF System that has been enhanced for speed to work even at 10 frames per second (fps), and provide accurate detection down to -2 EV with every AF-NIKKOR lens.The new AF sensor has the ability to detect up to 16 human faces with even when shooting through the optical viewfinder.

The D4 has a new LCD screen, featuring a high resolution 921K-dot 3.2-inch LCD screen that includes auto brightness adjustment, and up to 46x soom. Other features include a 16 bit pipeline for faster image data transfer, dual card slots optimized for the new UDMA-7 Compact Flash and XQD memory cards. In addition to standard NEF (RAW) files, the D4 is also capable of shooting smaller compressed RAW files to ease storage and speed up workflow. Users are also able to capture even more dynamic range with the in-camera High Dynamic Range (HDR) function that merges consecutive exposures. For deep contrast and further tonality, Active D-Lighting can also be activated during shooting for balanced exposures even in backlit scenes. Additionally, the camera features a dedicated button for quick access to Nikon's Picture Controls, allowing users to quickly select one of six presets.

There are vast number of other improvements over the D3S, such as new button layouts, the ability to automatically generate IPTC data for their images and image sets, a wired Ethernet port, the new WT-5A wireless file transmitter, remote operation via Nikon's Camera Control Pro 2 software. For more information, you can visit www.nikonusa.com.

As for the new prime lens, the Nikon AF-S NIKKOR 85mm f/1.8G looks to combines practicality with portability resulting in a versatile portrait lens. It is a fast, fixed focal-length lens with medium telephoto capabilities and a large maximum aperture of f/1.8. It is constructed of nine optical elements, with a seven-blade diaphragm which contributes to a substantially more circular bokeh for a natural appearance to out-of-focus background elements. Additionally, instances of lens flare and chromatic aberration are suppressed using Nikon's exclusive Super Integrated Coatings, which also help ensure vividly accurate color balance.

The lens is lightweight, easy to carry, and provides an equivalent focal length of 127mm when attached to a Nikon DX-format D-SLR camera body. The integration of an ultra-compact Silent Wave Motor (SWM) ensures fast, whisper-quiet AF operation, and also features two focus modes, M/A (manual-priority autofocus) and M (manual). Additionally, its Internal Focus (IF) design prevents the front element from rotating, allowing for the use of filters and attachments.