Nikon announces the D810A, a 36.3MP DSLR for Astrophotographers 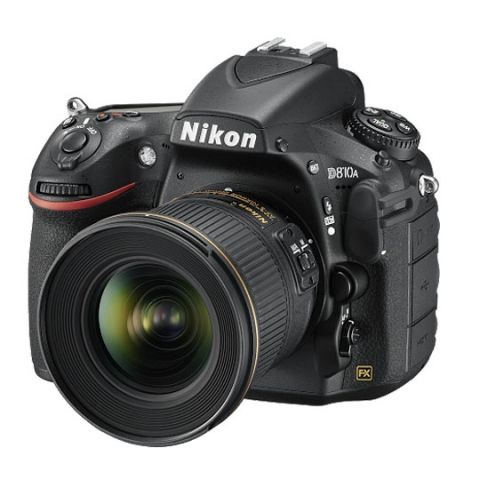 Nikon has just announced a brand new DSLR called the D810A, which comes with a number of features built specifically for astrophotography hobbyists. The main feature of the DSLR is the ability to capture astronomical subjects that emit the H-alpha wavelengths of light such as nebulae and other distant galaxies in red.

The camera can shoot longer exposure pictures in low-light conditions with minimal noise, and also features a live view preview function which assists with planning the best shots. Inside, there is a full-frame 36.3MP CMOS sensor built without an optical low-pass filter coupled with Nikon's EXPEED 4 image-processing engine. The ISO sensitivity ranges from ISO 200 to 12800 and can be decreased to Lo 1 (ISO 100 equivalent), or increased up to Hi 2 (ISO 51200 equivalent).

The DSLR also comes with a special long exposure manual mode where the shutter speed can be set up to 900 seconds, allowing more light to be captured.

The price has not been revealed but Nikon will officially launch the product around late May 2015.