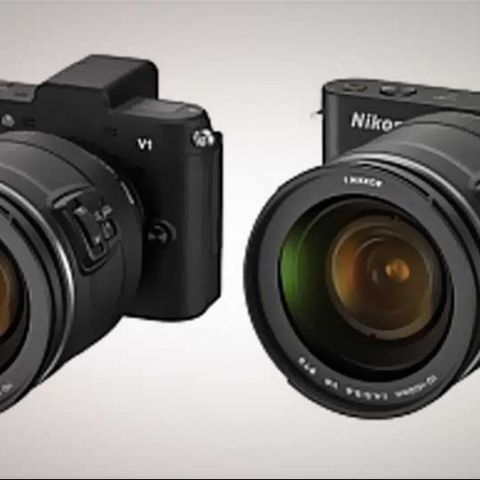 Nikon has launched its first mirrorless cameras, the Nikon 1 series, which will go on sale in Japan from October 20. The Nikon 1 series will supposedly be priced between $500 and $1000, with the Japanese optics giant believing that its first mirrorless models would have the best success in that position, as compact interchangeable lens cameras (ILCs).

The first models to be launched will be the Nikon 1 J1 (at around ¥70,000) and the Nikon 1 V1 (at around ¥105,000). A choice of four ultraportable Nikkor lenses will come with them, based on a new mount for the series. The Nikon 1 series will be aimed at prosumers, those who feel a regular compact digital camera is “not quite good enough,” and are unwilling to invest in a dSLR, with its hefty price tag and bulky form factor.

According to Yasuki Okamoto, head of the Nikon’s imaging division, the new Nikon 1 series with their mirrorless design, large sensors, and interchangeable lenses, will deliver benefits of dSLR cameras in smaller bodies. The mirrorless design, already enabling slimmer form factors, will also not require optical viewfinders, further slimming down the end-product.

Other manufacturers, such as Sony, have had their mirrorless, interchangeable lens cameras in the market since 2010. Interestingly, according to IDC, sales of such devices have been extremely good in Japan, accounting for 31% of interchangeable lens camera sales, as opposed to a lukewarm response in the West, accounting for only 10% of ILC sales in the U.S.

The Nikon 1 V1 with its accessories