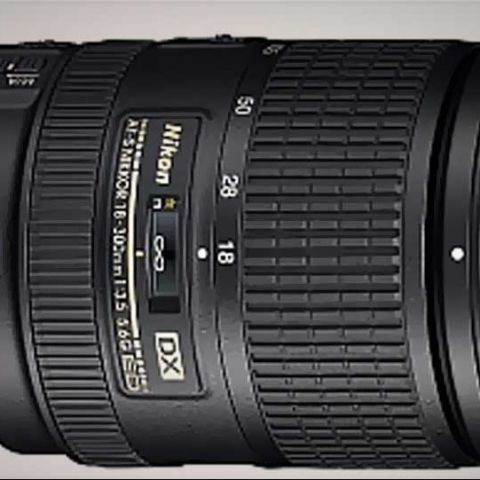 The AF-S DX NIKKOR 18-300mm f/3.5-5.6G ED is being heralded by Nikon as the most powerful super zoom in the market, uprooting the existing kind, the Tamron 180270mm F/3.5-6.3 Di II VC PZD. Nikon has managed to not only pack in an extra 30mm at the telephoto end, but also using some sort of wizardry, have managed to keep the maximum aperture to f/5.6. The lens’s construction includes 19 optical elements arranged in 14 groups along with an Extra-low Dispersion element to minimize chromatic aberrations. The lens also includes a zoom lock switch which will lock the lens at its minimum length so that it can be transported and stored easily.

The second in the lineup to be announced is the AF-S NIKKOR 24-85mm f/3.5-4.5G ED VR, a lens designed keeping the full frame aficionados in mind. Designed as a walk around lens, the 24-85mm can be used in both DX and FX modes, a bonus for those on crop bodies.