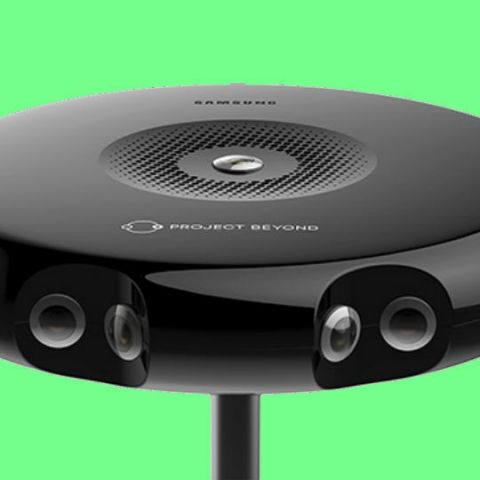 According to a new report by SamMobile, Samsung may reveal the long rumoured Gear 360° Camera rig at the Mobile World Congress 2016, set to be held in Barcelona. Yesterday, a leak by @evleaks on Twitter revealed that Samsung is holding its MWC event on February 21, 2016. Now, according to new information that's surfaced, Samsung is expected to announce the Gear 360° Camera rig alongside the launch of the Samsung Galaxy S7, S7 Edge and S7 Edge Plus.

The Gear 360 is a compact camera that houses two 180 degree lenses. The camera has internal storage, a standalone battery and Bluetooth connectivity with smartphones. It will also be accompanied by a remote view-finder application and a host of standard camera features such as HDR, exposure control, white balance, ISO settings and Liveview. The camera will also give users the ability to choose from shooting options in 360 degree or 180 degree. There may also be options available for VR View, panoramic view, time-lapse and loop video. The rumoured maximum resolution will be 3840 x 1920 pixels for dual-lens mode or 1920 x 1920 pixels for single lens mode.

Click here for more details on what to expect from Samsung's MWC 2016 event. Digit will be at MWC this year and will get you constant updates from the event as it progresses.