HTC RE: a camera that doesn't look like one

HTC goes after consumers looking for a simple and quick solution to shoot photos with its new RE camera. 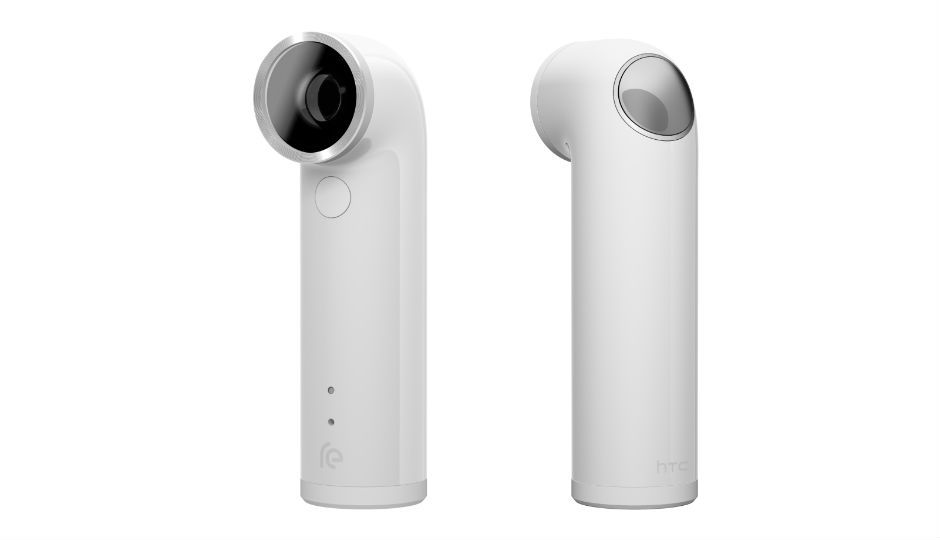 HTC RE: a camera that doesn't look like one

Just in case you thought HTC was becoming a little boring, here comes a product straight out of the left field- the HTC RE is a unique looking camera meant to make it really quick and easy to shoot photos. The RE was revealed during HTC’s Double Exposure event which also saw the debut of the Desire Eye smartphone with a 13 MP front camera.

Shaped like a small periscope or an asthma pump, the RE comes with an ultra-wide angle fixed focus 146-degree lens and HTC claims that you don’t need a viewfinder to shoot pictures with it. Apart from no viewfinder, the RE also has no GUI, just two buttons and LED lights. The RE can shoot 16MP photos with its 1/2.3-in CMOS sensor and can also record 1080p videos @ 30fps and slow motion 720p videos @ 120fps. The RE’s 840 mAh battery lets it continuously record 1 hour 40 mins of 1080p video or shoot 1,200 photos with a single charge while its IPx7 water resistance rating lets it work for 30 mins under water at a depth of 1 metre. The RE comes with an 8GB microSD card and can support cards up to 128GB. The RE will always stay ‘on’ and HTC claims that you can shoot a photo within 1.5 seconds of taking the device out of your pocket.

The RE is all decked up in glossy plastic and will be available in white, blue, teal and orange when it’s launched in the U.S. this month for $199.99 (Rs. 12,250 approx.). The RE is HTC’s first cross-platform compatible device and can be used by both iOS and Android smartphone owners. Users can install the RE app from the respective app stores and pair the RE with their phone over Bluetooth to be able to backup photos and videos and tweak the RE’s settings.