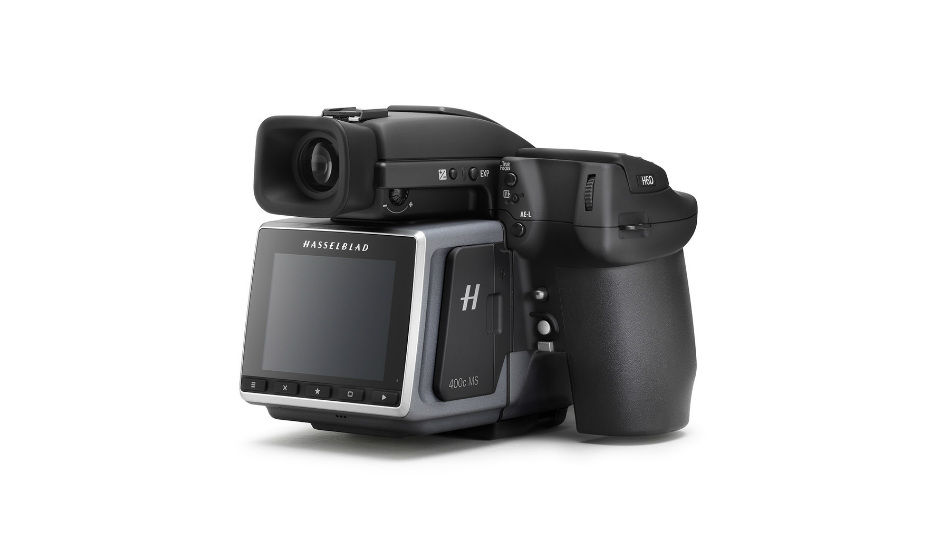 Hasselblad has announced its latest multi-shot camera, the H6D-400c MS priced at $47,995 (Rs 30,65,000 approx). It is a medium format camera featuring a 100-megapixel sensor and the company claims it’s the only multi-format system equipped with the multi-shot feature. It’s targeted to be used by institutions, organizations, and museums worldwide and can also be rented via local Hasselblad sales rep at EUR 399 (Rs 31,100 approx). The device will ship starting March 2018.

The Hasselblad H6D-400c is a successor to the H6D single shot camera and encompasses all of the previous device’s functions. The new camera leverages the multi-shot technology to capture 6 images at an effective resolution of 400MP or 100MP resolution in either 4 shot Multi-Shot capture or single shot mode.The device needs to be tethered to a PC or MAC in order to capture Multi-Shot images.

While capturing 6 images in 400MP multi-Shot mode, the sensor is moved one pixel at a time to shoot 4 photos and get real colour data. After this, the cycle returns the sensor to its starting point and then moves it horizontally by half a pixel and again by half a pixel vertically to obtain two more exposures. These total six exposures are then merged by the camera to create a single 400MP 16 bit TIFF image of 23200 x 17400p resolution which is about 2.4GB in size.