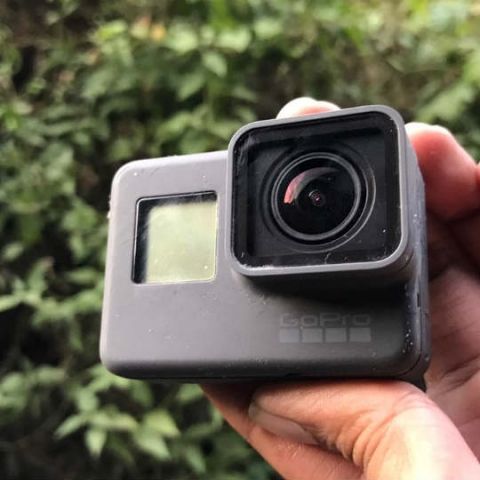 GoPro has launched its new Hero5 series of cameras in India. The Hero5 Black is the higher end of the two and is priced at Rs. 38,000, while the Hero5 Session is priced at Rs. 29,500. Both cameras are capable of auto-uploading photos and videos to GoPro Plus. This is a cloud based subscription service that can be used to access, edit and share GoPro content via a phone or a computer. Further, the two are water proof by up to 10 meters without the need for a separate housing. They also feature image stabilisation and voice control with support for up to seven languages. It should be noted that the battery in the new cameras are now supplied by SDI, the same company, which made batteries for the Samsung Galaxy Note 7. GoPro partnered with Reliance Digital for its official launch in India earlier this year.

The GoPro Hero5 Black comes with a 2-inch touch screen and is capable of recording 4K videos at 30fps. By comparison, the Hero4 recorded 4K video at 25fps. Further, the quality of the 12MP wide-angle shots remains the same as the Hero4. The new camera also comes with a built in GPS, and offers RAW and WDR Photo Modes. The GoPro Hero5 Session also offers 4K video recording at 30fps, but takes pictures at 10MP. The Session is also smaller than the Hero5 Black and does not have a touch display.

The company has also said that the GoPro Karma gimbal will be introduced in January next year. It is a center-locked gimbal like the DJI Zenmuse X3 gimbal used in the Osmo, but has a larger grip. However, there are not control to pan/ tilt or swivel the camera in the gimbal. Further, it can also be used to automatically charge the camera. The Karma gimbal is priced at $99 (approx. Rs. 6,800) in the US, and GoPro says that the price in India should not be much higher.