The Hero 6 sports the company’s custom designed GP1 processor and is waterproof upto 10 meters. The Fusion is a camera capable of capturing VR videos. Both are priced at $499 and $699 respectively. 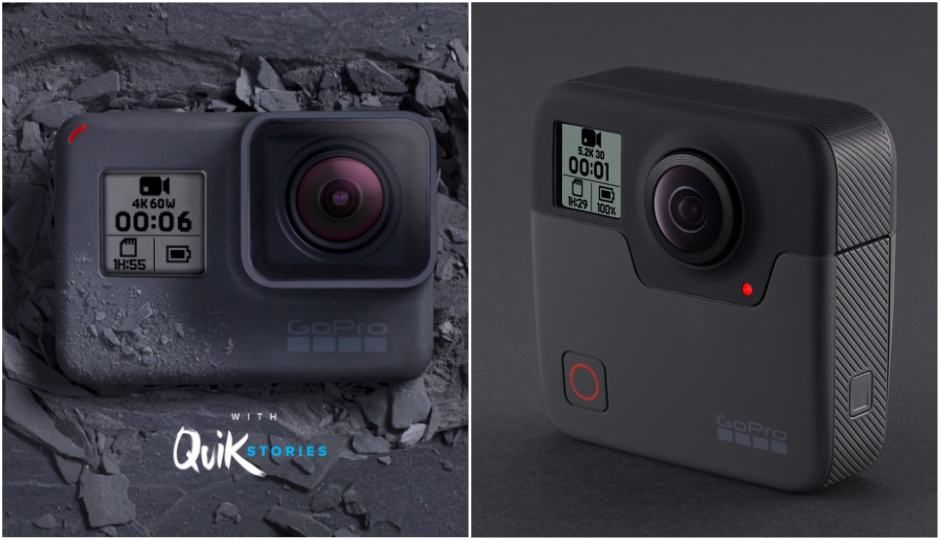 GoPro unveiled two new cameras on September 28 - the Hero 6 and the Fusion. The Hero 6 is a waterproof camera capable of recording 4K videos and the company claims that it sports the most advanced stabilization of any HERO camera. The company also revealed its much anticipated Fusion 360-degree video camera. The Fusion can capture 5.2K spherical content (VR) and boasts of Gimbal-like stabilization.

The Hero 6 is priced at $499 (Rs 32,700 approx, directly converted) and can be ordered via GoPro’s website. It is powered by the company's Custom-Designed GP1 processor and is compatible with the GoPro app, which enables users to create QuikStories. The device also features touch to zoom option and is waterproof upto 10 meters. Other features include GPS, Accelerometer, Gyroscope, Wi-Fi and Bluetooth.

The VR video capturing Fusion is priced at $699.99 (Rs 45,800 approx, directly converted), but is currently up for pre-orders only in USA, Canada, United Kingdom and the European Union. It will be shipping starting November, however, its availability for India is not yet known. The Fusion camera is capable of capturing 18MP spherical photos and is compatible with the GoPro app. The app sports an OverCapture features, which allows users to create traditional videos from VR Footage. The camera is waterproof upto 5 meters and comes with GPS, Accelerometer, Gyroscope, Wi-Fi and Bluetooth. Both the devices are compatible with a broad range of GoPro’s mounts and handheld accessories.