The X-H1 is capable of shooting DCI 4K videos and is the company’s first X series camera to include the Eterna mode, which is said to be a new film simulation mode ideal for shooting movies. 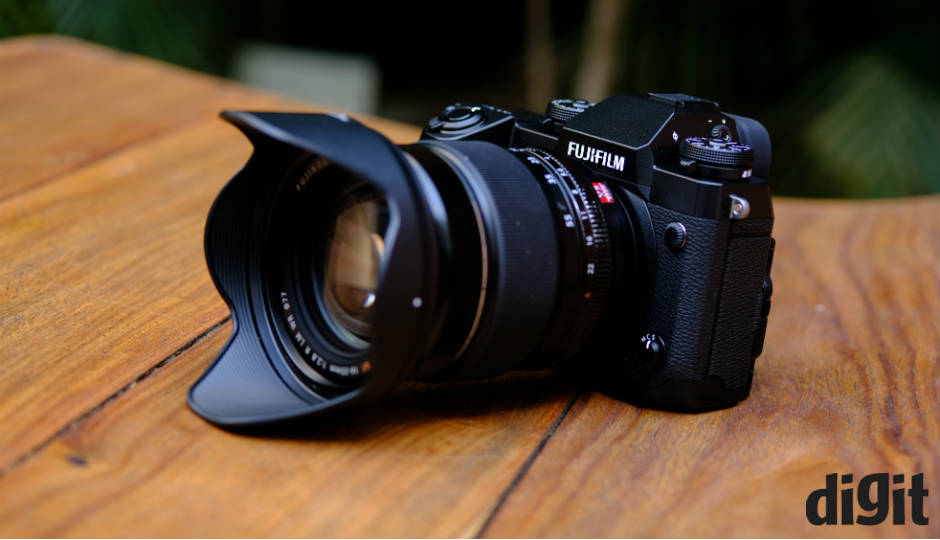 Fujifilm has launched its top of the line mirrorless camera, the X-H1 in India. The camera comes with five-axis in-body image stabilisation and is aimed at professional photographers and videographers. The device supports DCI 4K video shooting and comes with a new flicker reduction mode, which the company claims can “enhances the quality of indoor sports photography”. It is priced at Rs 1,49,999 (for body only) and will cost Rs 1,72,999 when bought with the battery grip.

Coming to the specifications, the Fujifilm X-H1 is equipped with the company’s X-Processor Pro image processor and features a 24.3MP APS-C sensor. The camera supports native ISO range of 200 to 12800, maximum burst shooting of up to 14fps and comes with dual SD card slots. There is a 3-inch three direction tiltable touchscreen display on the rear and sports a 1.28-inch sub-LCD display panel on the top. In terms of connectivity, it supports Wi-Fi and Bluetooth 4.0.

Haruto Iwata, Managing Director of Fujifilm India, said, "With X-H1 we are offering a level of imaging performance that is simply unmatched by any camera ever created. The X-H1 will certainly mark a milestone for us in India, as we believe this is a camera that certainly exceeds professional expectations,"

The X-H1 features DCI 4K shooting mode at 4096x2160p resolution and is capable of recording videos at a bitrate of 200Mbps,1080p video at 120 fps and slow-motion footage capture as well. It comes with an improved built-in mic, microphone input jack and is the first camera Fujifilm’s X-series to include Eterna mode.The company says it’s a new film simulation mode ideal for shooting movies.

The camera is also compatible with other interchangeable lenses like the MKX18-55mmT2.9 and MKX50-135mmT2.9, which are set for a release in May this year.