Fujifilm has announced a long list of new cameras ahead of CES, with one new hybrid DSLR, ten new FinePix, and eight new FinePix superzoom offerings, ranging in price from $99 to $1090. 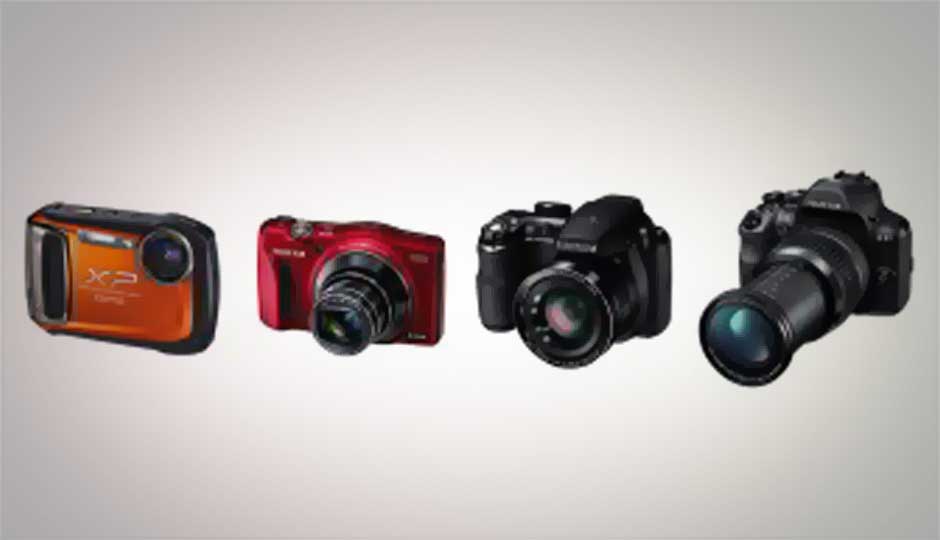 Fujifilm has announced a long list of new cameras ahead of CES, with one new hybrid DSLR, ten new FinePix, and eight new FinePix superzoom offerings, ranging in price from $99 to $1090.

Finally, we come to Fujifilm's latest X-series camera, the Fujifilm X-S1 that’s expected to be priced around $800 when it begins to ship at the end of the month. Featuring a fixed 26x manual zoom lens with a 24-624mm range, and a variable maximum aperture of f/2.8-5.6, the Fujifilm X-S1 has a 2/3-inch 12 megapixel EXR CMOS sensor. The Fujinon lens also features a Super Macro Mode, enabling shots of objects just 1 centimetre away. The X-SI has both a 1.4M-dot 0.47-inch electronic viewfinder (EVF), and a 460K-dot tilting LCD. 1080p HD video recording is possible, as well as a 7 fps full-res high-speed mode for still images. The ISO sensitivity ranges from 100 to 3,200.

Get more details of all the newly announced cameras, including availability in the United States, at www.FujifilmUSA.com/CES2012. We expect India availability to trail only slightly.