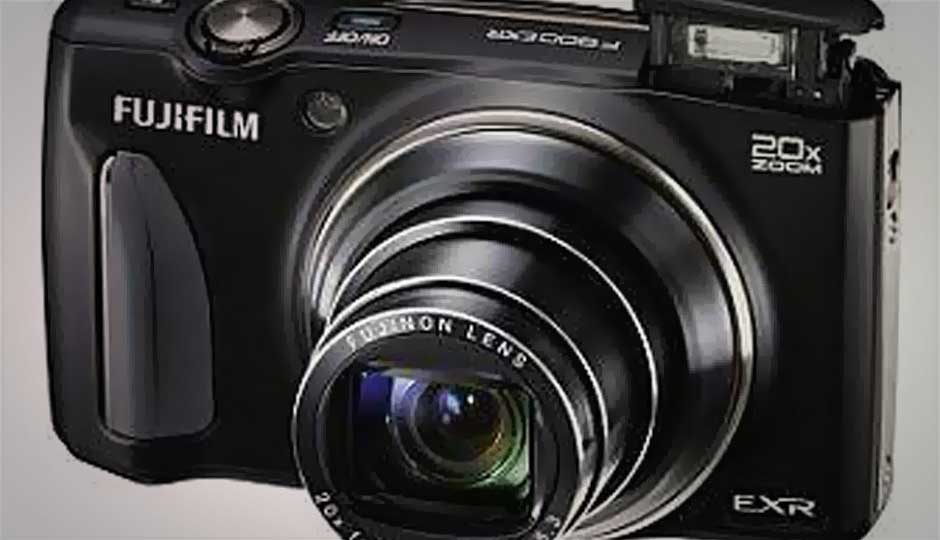 Fujifilm announced five new point and shoot cameras in its FinePix series yesterday, just ahead of the Japanese camera and imaging fair CP . The new cameras feature two high-end F-series travel zooms, two S-series prosumer cameras and an ultra-slim J-series compact point and shoot camera. As we have seen with Canon and Nikon, Fujifilm also has some cameras sporting Wi-Fi image transfer feature. Let us take a look at these new cameras.

Fujifilm FinePix F900EXR
This is the flagship travelzoom camera which will replace the older F600EXR. It features a new ½-inch 16MP EXR-CMOS II sensor with phase-detection AF, 20x optical zoom (25-500mm equivalent) with sensor-shift image stabilization, a 3-inch 920k-dot LCD screen, 11 frames per second burst mode, PASM modes, RAW shooting capability among others. According to Fujifilm, the F900EXR sports an intelligent hybrid AF system which allows it to focus as fast as 0.05 seconds, which Fujifilm claims is the world’s fastest AF. The camera automatically switches between phase-detection AF and contrast-detection AF based on the subject and the scene. Another unique aspect about the F900 EXR is the ability to wirelessly transfer images and videos using Wi-Fi to your PC, laptop, smartphones or tablets. It also offers ‘Advanced Filters’ such as Toy Camera, Miniature, Pop Color, etc., allowing you to play around with the way your images look.

Fujifilm FinePix F850EXR
The F850EXR is similar to the F900EXR in majority of the aspects. It sports the same 20x optical zoom (25-500m equivalent), similar design, same sensor, 3-inch LCD, PASM modes, full HD video recording at 60 fps and so on. Where it differs is in the comparitively slower AF speed of 0.21 seconds according to Fujifilm’s claims, a 9 frames per second burst rate and absence of Wi-Fi capability to transfer images and videos.

Fujifilm FinePix S6800
This is one of the two ultrazooms that was announced yesterday. It features a 16MP 1 / 2.3-inch BSI-CMOS sensor, 30x optical zoom (24-720mm), ISO range going upto ISO 12,800, AF speed of 0.3 seconds, a 3-inch 460k-dot LCD screen, optical image stabilisation, an 8 frames per second burst mode among others. It features all the manual modes and is powered by four AA-batteries. On the video shooting front the S6800 is capable of shooting at full HD resolution at 60 frames per second and it also supports slow-motion capture at 120 fps for resolutions of 640x480 pixel.

Fujifilm FinePix S4800
This is the second ultrazoom that was launched and features a 16MP 1 / 2.3-inch CCD sensor. It sports a 30x optical zoom (24-720mm), optical image stabilisation, 3-inch 230k-dot LCD screen, full manual functionality, etc. It can only shoot videos upto 720p resolution though and that too at 30 fps only. Just like the S6800, the S4800 is also powered by four AA-batteries.