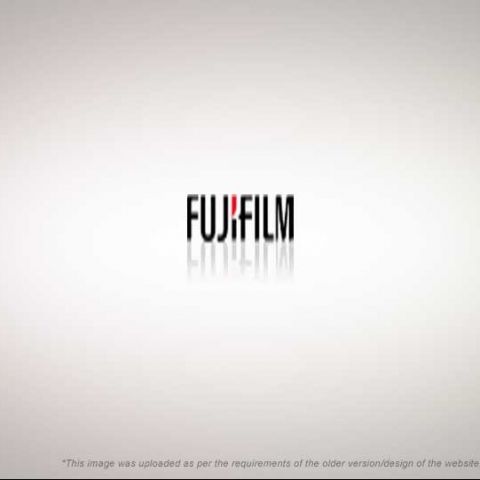 Professional & adventurous photographers craving for the versatility and performance of an SLR system without the bulk or expense could now go in for the all new Fujifilm FinePix HS10. It promises a powerful top of the class 24-720mm (30x) zoom lens, that covers a uniquely versatile 24-720mm (equivalent on a 35mm camera) range from true wide-angle to ultra telephoto. Across sweeping landscapes, decorated interiors and large group shots to distant sports or wildlife action, the FinePix HS10 is expected to live up to every photographic challenge thrown at it. In addition, sophisticated photographic controls, advanced functionality and SLR-like handling in a single, compact, affordable unit promises to make FinePix HS10 an excellent buy. 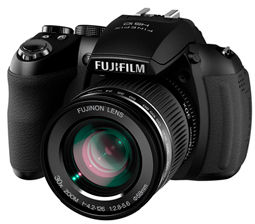 Speaking on this occasion, Mr. Kenichi Tanaka, Managing Director, FUJIFILM India, has reportedly said, “With a range that would require at least two bulky ‘super zoom’ lenses on an SLR, the FinePix HS10’s built-in 30x wide tele-zoom lens is its crowning glory. Fujinon lenses are acclaimed world over not just by photographers but by television broadcasters and industrial users as well. Not to forget their use in orbital satellite for capturing high resolution photos of the moon surface! As the lens and body on the FinePix HS10 are built as a closed unit, it eliminates the possibility of dust on the lens and Sensor - a serious problem when removing lenses on a digital SLR. The twist-barrel manual zoom control enables the photographer to make precision adjustments, and zooming is faster and more accurate than with the powered zooms traditionally used in this class of camera.”

Adding his views on this new technology, Mr. A. Rajkumar, Country General Manager, has reportedly said,“Triple Image Stabilization combines a mechanically stabilized CMOS sensor with high ISO sensitivities and advanced digital stabilization for total anti-blur protection. Together these technologies reduce the blurring effect of both handshake and subject movement to provide sharp, clean and clear results even at the longest zoom settings or in the most challenging lighting conditions.”

Read more on the technology behind capturing still and video images, and Fujifilm's intelligent sensor...

Whether you are shooting stills or movie clips, the FinePix HS10’s cutting-edge sensor and processing technologies is quoted to open up a range of high speed video modes and unique shooting modes. When you’re shooting sports action or wildlife - or simply trying to keep up with fast-moving subjects - the 10 frames-per-second high speed with mechanical shutter continuous shooting and new tracking auto focus feature are rated to ensure you never miss those vital moments. It is also reported that the FinePix HS10 can perform its remarkable feat of shooting 10 fps even at the maximum 10MP setting, and hence when you do get the perfect shot, you don’t need to worry about having adequate resolution for even a large-sized print. The FinePix HS10’s unique Best Frame Capture Mode is said to ensure that you don’t need the agility of a pro-sports photographer to get professional results either; in this mode the camera is supposed to continuously record images from the moment you focus, then save up to 7 shots before or after you press the shutter release.

The FinePix HS10 is also said to feature a full HD movie mode (1080p/30fps) with stereo sound, and the camera’s mini HDMI output is designed to allow you to easily display ultra clear high definition photographs and movies on high definition televisions. A new Super High Speed Movie function reportedly allows you to pause action and capture breathtaking movies at up to 1000 frames per second for amazing slow-motion movies that are expected to reveal the hidden world of events that normally occur in the blink of an eye.

The Motion Remover Mode is quoted to remove moving subjects from your shots and also capture 5 images of a scene in quick succession. The five images are then said to be analyzed and combined in camera to produce a single image where anything moving in the scene is magically removed. The Multi-Motion Capture Mode, previously possible with highly specialized equipment only (and more than a dash of time, skill and luck), is rated to capture up to 5 images of a moving subject in rapid succession and combines them into a single composite image containing multiple sharp images of subject in motion taken at different views. The ‘Pro Low Light’ mode is said to combine high and low ISO exposures of the scene being photographed to reduce blur caused by camera shake without significantly increasing image noise. ‘Pro Low Light’ mode combines several exposures into a single image for ultra-low noise output in low light. The Motion Panorama Mode reportedly captures an ultra-wide panoramic view in a single sweeping shot. As you swing the camera (left/right or up/down) the FinePix HS10 is stated to capture a series of shots in rapid succession and the shots are then stitched in-camera to produce a seamless panorama.

Read on to know more about Fujifilm's intelligent sensor...

The FinePix HS10’s back side illumination CMOS sensor is expected to continue the ‘low-light, low-noise’ tradition with an innovative new design that could significantly increase the light absorbing ability of every pixel, resulting in a 200% increase in sensitivity over a conventional CMOS sensor. Combined with Fujifilm’s image processing expertise the new sensor is rated to produce visually stunning & richly detailed low noise images, even when shooting in very low light conditions. The improved sensitivity isn’t just meant for taking noise-free photographs at night, but it also allows the use of high shutter speeds in daylight required when shooting at telephoto end of the FinePix HS10’s 30x zoom, or while attempting to capture fast-moving subjects. Photographers are encouraged not to worry about blurred pictures with such a long telephoto as they could rely on the FinePix HS10 to produce clear, sharp output even at higher ISO settings.

The FinePix HS10 sports a full assortment of sophisticated manual and semi-automatic shooting modes and photographic controls, as well as a range of advanced automatic functions - including Fujifilm’s acclaimed SR Auto mode - and scene modes designed to produce perfect ‘point and shoot’ results. The wide array of external controls promise to provide direct access to virtually every control, the more advanced photographer will need for uninterrupted shooting. The body reportedly incorporates dedicated buttons for key functions such as ISO, white balance, focus and metering.

The large command dial, manual focus ring, twist and zoom lens barrel, bright, clear electronic viewfinder, high quality tilting LCD screen and deep hand grip are rated to ensure the FinePix HS10 handles at least as well as a digital SLR, despite its compact dimensions. AA batteries are said to provide excellent performance up to 700 shots per charge, when using NiMh cells combined with the convenience of a universally available format when shooting for extended periods away from mains power. It is deemed that considering all enthusiast-level FinePix models, the FinePix HS10 features a range of advanced Fujifilm technologies for picture-perfect results, including ultra-fast Face Detection, Intelligent Flash, automatic red-eye removal and up to 400% expanded dynamic range.

Last but not least, the HS10 reportedly sports, for the first time, an intelligent sensor to the side of the EVF (Electronic Viewfinder). When the user approaches the EVF, the sensor is programmed to switch the picture to the EVF, and when the eye is withdrawn, the image is automatically switched to the LCD. This novel feature is expected to make the photographer’s life way easier and also increase the speed at which instant shots could be taken.

Note: The official price has not yet been revealed. However, it appears from online sources that this camera is available for under Rs. 30,000 in India.