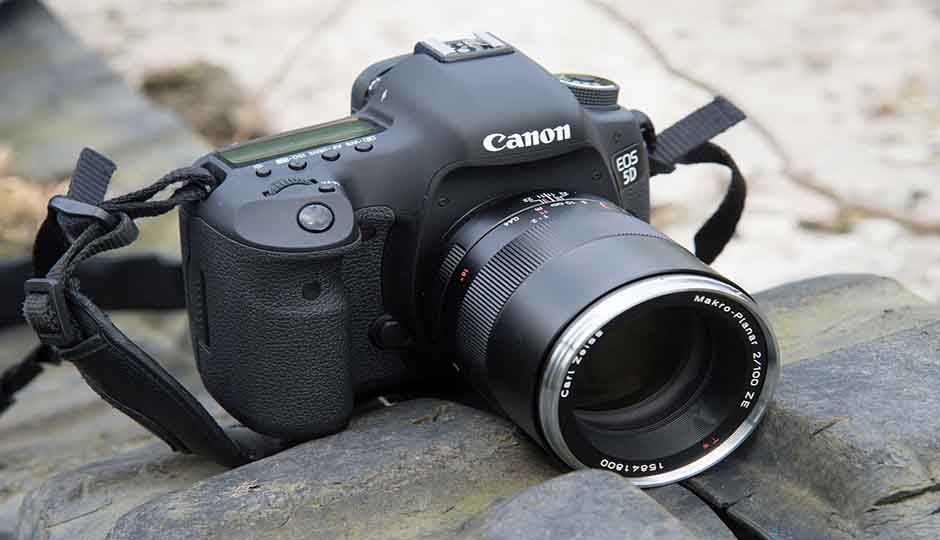 With eyes on a 50% market share in the DSLR segment of India's camera market, Canon unveiled the 5DSR and 5DS DSLR cameras today. The high resolution DSLR cameras will succeed the successful 5D Mark III, and feature a 35mm, 50.6-megapixel full-frame sensor, that Canon claims will be the “world’s highest resolution” DSLR camera in its segment.

Canon has also introduced its XC10 4K fixed lens compact camcorder that has a lightweight design and captures still photographs at a maximum resolution of 12 megapixels. Targeted majorly at semi-professional and aspiring filmmakers, the XC10 has a few neat features like the rotating grip and is priced reasonably, but also comes with a fixed lens unlike Panasonic’s mirrorless Lumix GH4.

Canon has a proven track record in India with its DSLR models, that provide a wide range of features spread across various prices. The entry-level 1200D featuring an APS-C size 18-megapixel CMOS sensor is priced at approximately Rs. 28,000, while the 5DSR is quoted at Rs. 2,65,995 by Canon’s official press release. With a huge market share in India’s camera industry, Canon aims to reach the mark of 200 Canon Image Squares (CIS) by the end of 2015 with their new products. The XC10 will be priced at an MSRP of Rs. 1,70,000.

Canon’s 5D series has sustained commendable success in the semi-professional photography and videography sectors owing to its excellent processor quality in even low light conditions and a wide range of interchangeable lenses to match different situations. The new cameras are expected to be up for sale by end-June.