Canon has expanded its Powershot G series of enthusiast compact cameras in India by launching two new models, G9x and G5x. Initially announced in October, the G5x has been priced at Rs. 49,995, and the G9x at Rs. 32,995. Both the cameras feature 1-inch 20.2-megapixel CMOS sensors coupled with DIGIC 6 image processors and electronic viewfinders.

Canon has outfitted the G5x with a 24-100mm equivalent f/1.8-f/2.8 lens with a 9-blade aperture. The Powershot G5x comes with all the bells and whistles that one would expect from an enthusiast-grade advanced point-and-shoot camera, featuring full manual controls. The ISO sensitivity of the camera can go up to 12,800. The G5x offers a maximum burst rate of 6 shots per second, with a maximum shutter speed of 1/2000 second. It has a 3-inch vari-angle touchscreen with 1.04 million dots. However, the camera’s USP is its electronic viewfinder, with 2.36 million dots. The EVF has a “Smooth Mode” that offer refresh rates up to 120 fps. It also has an eye sensor that allows quick transition between the viewfinder and the LCD. The camera is capable of shooting Full HD videos at upto 60 frames per second. Connectivity options include USB (Micro-B), HDMI (Type D), WiFi, and NFC.

The Powershot G9x is a toned-down version of the G5x, and is more compact and lightweight. Although it houses the same 20.2-megapixel sensor and DIGIC 6 image processor, the G9x houses a 28-84mm equivalent f/2-f/4.9 lens. It has a 3-inch touchscreen with 1.04 million dots, and a mode dial on top. The camera lacks a hot shoe, and the electronic viewfinder of the G5x. It weighs 209 g, which is significantly lighter than the G5x, which weights 377 g. 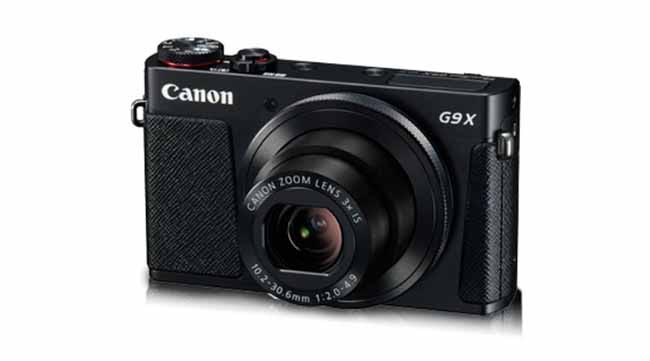 Canon has also launched the Connect Station CS100 media hub, that comes with 1TB of storage. Canon cameras released from 2010 onwards are compatible with it, and It supports SD, SDHC, SDXC and CF memory cards, as well as WiFi and NFC. It has been priced at Rs. 24,999. 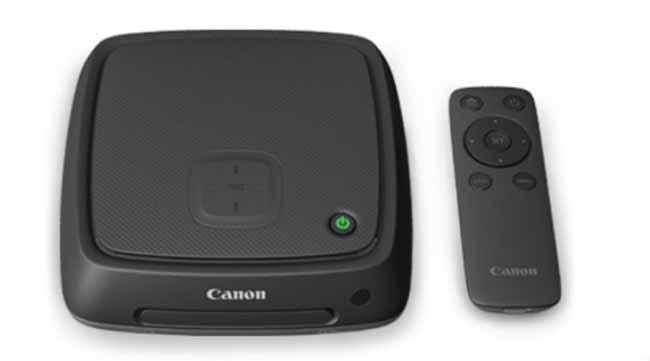