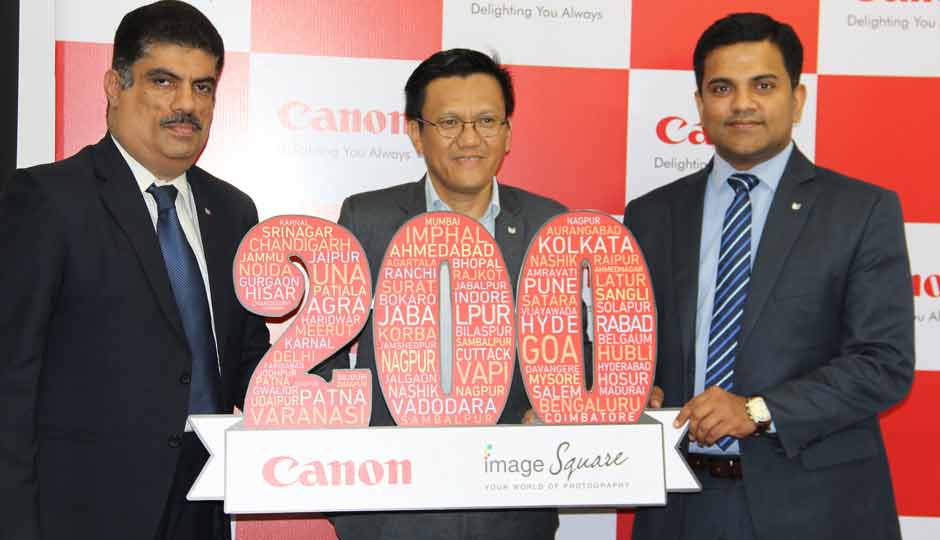 Canon’s investment towards rapidly expanding in the retail sector indicates that brick and mortar stores are essential towards attracting the Indian consumer. While a plethora of reviews on the Internet may be more than enough to convince buyers of which camera they should get, the aspect of experiencing a device personally in a physical store is still something consumers look forward to. Canon’s 200th CIS (Canon Image Square) store is located at Mira Road, Mumbai and was inaugurated by Andrew Koh, Vice President – Consumer Imaging & Information Centre, Canon. CIS stores offer not only Canon’s complete range of cameras starting from the entry-level point-and-shoots to professional DSLRs, accessories like tripods, camera bags and everything else that a budding shutterbug would need.

Just earlier this month we’d covered the opening of their 196th store in Delhi which was also inaugurated by Mr. Andrew Koh. At the pre-launch meet, we sat down with Mr. Koh to glean some insight into the Indian market from Canon’s perspective. Apparently, Mumbai is one of the biggest markets for Canon in India which is one of the reasons why Canon has 14 exclusive CIS stores in Mumbai alone and 28 overall in the state of Maharashtra. These 28 stores make up for the majority of their revenue from the western region. Speaking of states, one surprising statistic was that Kerala has the highest number of camera aficionados in the country. The southern state makes up for the highest number of sales in the country having exhibited massive year-on-year growth in the last few years.

And it’s not just retail stores in India, Canon also has an R&D centre in Bangalore and invests between 8-10% of their growth revenue in R&D globally. Apparently, Indian consumers are slowly starting to prefer DSLRs to point-and-shoots owing to increased exposure to better technologies and know-how.

Commenting on the launch, Mr. Andrew Koh, Vice President of Consumer Imaging and Information Centre, Canon India said, “This has been a great journey and we are delighted to mark such an important milestone with the fantastic launch of 200 th Canon Image Square (CIS) store. The combination of an aggressive marketing strategy, variety of products and rapid retail expansion, including in Tier 2 and Tier 3 markets, has resulted in a robust brand strategy. This strategy is fashioned such that it creates engagement, education and an experiential purchase for the customer. On this note, we would like to thank all our partners and our customers for their support and contribution to this success.”

As an endeavour to delight customers, the first lucky 200 customers will get a free pack of Canon genuine glossy photo paper at the newly opened Canon Image Square store in Mumbai.