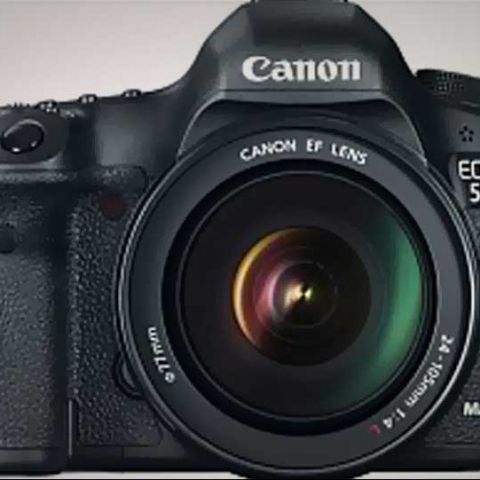 Canon has finally announced the EOS 5D Mark III, its highly awaited upgrade to the popular 5D Mark II. Sporting a new 22.3MP full frame CMOS sensor and a DIGIC 5 imaging processor, the 5D Mark III borrows some features from the 7D and the newer 1DX.

In terms of ergonomics it resembles the EOS 7D, with much better weather sealing according to Canon. The features borrowed from the big brother - EOS 1 DX - include the DIGIC 5 image processor, 61-point AF and ability to customise the goupings of the AF points, similar menu system among others. It uses gapless micro lens design to improve the amount of light that can be captured by the photodiodes. Dual four-channel readouts will ensure faster data readout allowing you to shoot upto 6 frames per second in burst mode with the DSLR, which is 2fps over the 5D Mark II.

It builds up on the Intelligent Viewfinder, seen in the 7D, offering 100 percent field of view and on-demand grid display. The 5D Mark III supports a CF and SD card slot allowing you to record images based on the quality (RAW/JPEG) on either card. A three-shot in-camera HDR feature is also present, giving you the option to also store individual images and adding effects.