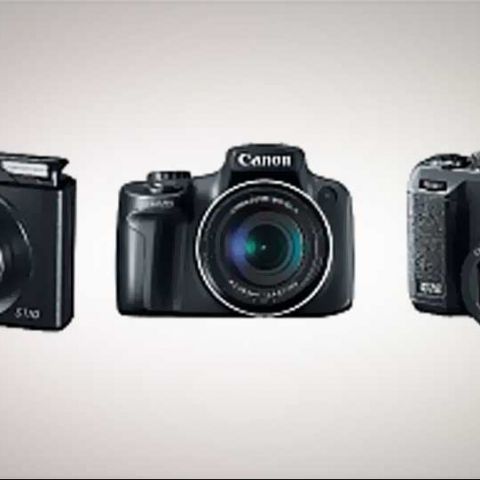 Canon has announced the S110, G15 and SX50 HS in India, cameras that are the newest upgrades to Canon’s lineup. The trio was recently shown and demoed at Photokina in Germany, and India is already set to get a taste of them soon. The pricing and release dates for the cameras have not yet been announced however.

Amongst the many changes, Canon claims that the two areas that received significant focus was improving AF speed and reducing shutter lag, across the entire product line. There are also some obvious ergonomic/ build alterations that are obvious upon first look. However, each camera has its own unique set of features, something Canon has spent a lot of time on in order to distinguish the various lines of products, especially the S and G series.

Canon PowerShot S110
The S110 is to replace the S100 (read our review), Canon’s favored advanced point and shoot courtesy its fast aperture lens. Not a lot has changed on the S110 with regards to the optics (same 24-105mm lens with f/2.0-5.9) and neither has the sensor. The S110 is using the same 12.1 megapixel sensor and the same DIGIC 5 chip for handling image data.

What has changed on the S110, however, is the fact that it now comes with a touchscreen (although the resolution is 461K dots) and built in wi-fi. The ability to record images in native RAW is retained, but the flash gains a “rear curtain sync” feature, which works wonders in balancing ambient and flash exposures in low light.

Canon PowerShot G15
The Canon PowerShot G15 is a significant upgrade to the previous G12 model (read our review), and in many ways, seems to be better than the S110, at least in specs. The G15 comes bundles with a non-replaceable 28-140mm lens that has an aperture range of f/1.8-2.8. The sensor is the same as the one in the S110 though, a 12 megapixel silicon slab with a DIGIC 5 chip.

Canon also claims that the AF on the G15 is significantly better than the G12, almost 53% better, making it the fastest AF in a compact camera Canon has ever produced. The G15 is also supposed to be more pocket friendly, measuring in about 15% thinner with its lens retracted.

The SX50 HS takes things up a notch with a maximum burst mode speed of 13 fps (in high burst mode) a whole 3 frames faster than its predecessor. It also replaces the eyefi capabilities of the SX40 HS with a built-in wifi chip that can be used to transfer images to smartphones using Canon’s own app for iOS and Android devices.