Canon announces new Powershot duo - SX160 IS and SX500 IS

Hot on the heels of Nikon's announcement, Canon has just announced two new point-and-shoot cameras to boost their own portfolio. 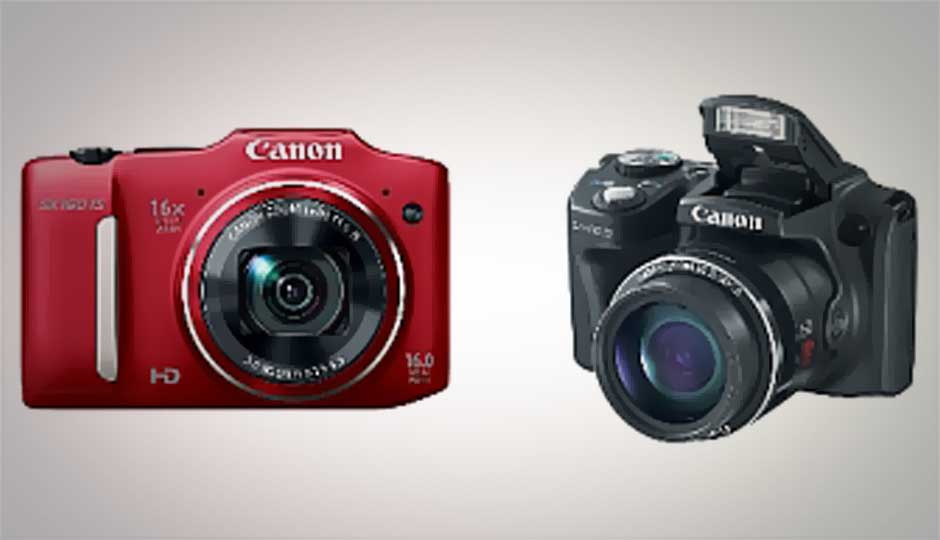 Canon announces new Powershot duo - SX160 IS and SX500 IS

Hot on the heels of Nikon’s announcement, Canon has just announced two new point-and-shoot cameras to boost their own portfolio.

First we have the Canon PowerShot SX160 IS, an upgrade to the current SX150 IS. The SX160 IS gets a 2MP bump from its predecessor, jumping to 16MP, but uses the same CCD type sensor along with the Digic 4 processing chip.

The SX160IS does shed off a couple of grams all the while gaining some clean-cut lines as against the smooth curves on the SX150 IS.

The second camera in the Canon lineup is the SX500 IS. A completely different product line, the SX500 IS seems to be a cheaper version of the SX40IS, aimed at those who didn’t really use the bells and whistles of the latter, and hence, didn’t feel the cost was justified. The SX500 IS is a superzoom camera from Canon, with a 16MP CCD sensor. The optics on it are a standard 30x of optical zoom (24-720mm) with an aperture range of f/3.4-5.8.

Both the new PowerShot SX500 IS and PowerShot SX160 IS digital cameras are expected to be available in September 2012 for an estimated retail price of $329.99, and $229.99, respectively. There is no word on India pricing or availability yet.