Canon just announced two new digital SLR cameras at the Photo CP 2011. This spruces up their entry-level segment. For those who don't know, the CP or Camera and Photo Show is one of the largest imaging shows in the world. The two new models we're talking about are the EOS 600D, and the EOS 1100D.

This announcement is no surprise. Canon has been facing stiff competition, particularly in the lower rungs of their dSLR lineup. The EOS 1000D is an ageing product, and does not compare favourably to the latest Nikon dSLR's in the same price range. The Nikon D3100 is widely preferred over the EOS 1000D by newbies buying their first digital SLR, and for good reason, since the 1000D is an old product (launched in 2008). While the predecessor of the 600D, i.e. the EOS 550D is much newer, it is not uncommon for product refreshes to happen every year for entry-level dSLR cameras. 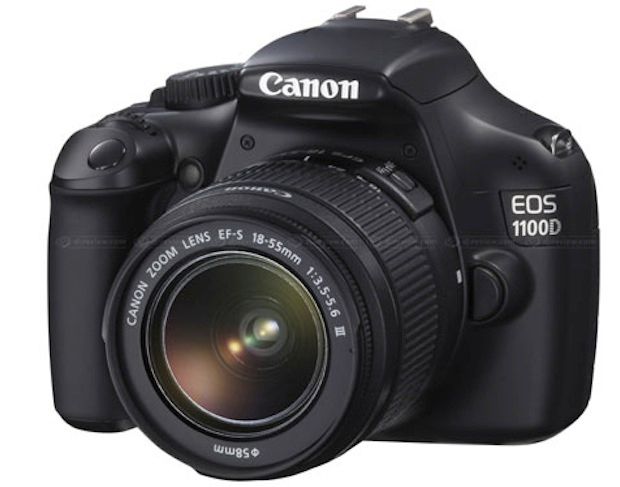 The EOS 1000D is intended as the stepping stone into the world of dSLRs. Based on a new 12.2-megapixel APS-C CMOS sensor, the focussing system is the basic 9-point system. The central point is a cross-type, but works only with f5.6 and faster lens. Being an entry-level camera, the storage format is SD with support for high capacity SDXC cards. The display spec is a little disappointing - 2.7-inches, 2,30,000 pixels. It seems Canon has cut corners on this parameter. The usable ISO range is from 100 to 6,400 - pretty much at par for a camera in this price range. Video recording up to 720p is also supported. The 1100D is 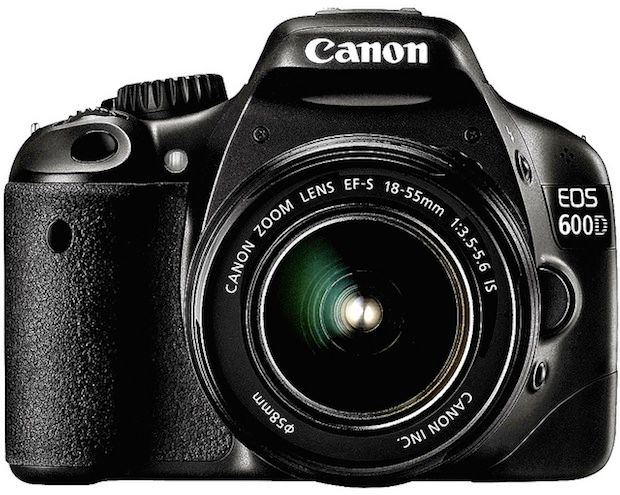 The EOS 600D has gained an articulating LCD display over the EOS 550D, as well as a marginally more substantial rubber grip. The APS-C sensor is an 18-megapixel unit, obviously, the same sensor that is found in most of Canon's min-range, crop-sensor cameras, namely the EOS 550D, 60D and 7D. The 600D ups the ante over the 1100D by offering full HD, 1080p video recording. However, the focussing system is however, the same at 9 points, with a cross-type centre point. This is comparable to the higher-end EOS 60D, but a far cry from the excellent all cross type, 19-point autofocus system on the EOS 7D. The LCD on the 600D is the beautiful. The same 10,40,000-dot, 3-inch unit that does duty on the EOS 550D also finds its way into the 600D, and frankly nobody will complain.

Weighing in at 570 grams, the 600D is not too heavy, a plus for prosumers. The battery rating is 1120 mAh, and Canon claims 440 shots on a single charge. Both cameras feature the new 63-zone metering system.

The EOS 1100D and 600D have not been priced in India as of now, but we figure the 1100D should be marginally costlier than the 1000D. Similarly the price of the 600D will be slightly more than the EOS 550D. We're still waiting for the official launch in India, which should happen sometime soon.