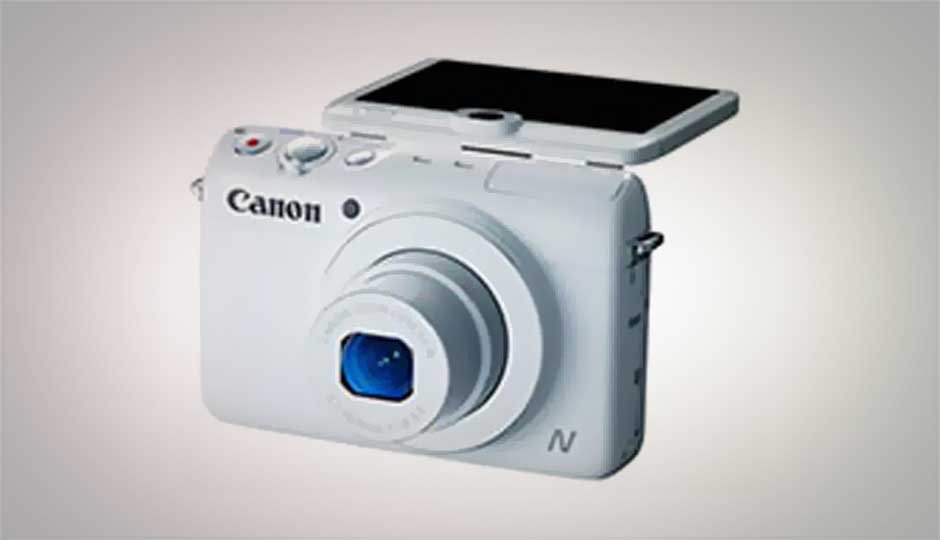 Canon has announced the PowerShot N100 compact camera with dual capture functionality and WiFi connectivity. The camera has both front and rear facing cameras that can capture images simultaneously.

The Canon Powershot N100 digital camera has a 12.1 MP 1/1.7-type high-sensitivity CMOS sensor and comes with dual capture functionality with rear-facing 'story' camera. The Powershot N100 camera comes with Canon’s Smart auto technology that captures the best settings from 58 different scenes, according to the company. It has a 3 inch tilt-up touchscreen, that allows the user to shoot from different angles.

The Powershot N100 has Canon’s Hybrid Auto feature that automatically captures four seconds of movie footage before you press the shutter to take a still image. It combines the Hybrid Auto and the Dual Capture functionality to automatically record your expressions behind the camera two seconds before and after image capture.

It has a new Story Highlights mode that automatically edits all of your videos and photos into one video album that you can review and share with friends. It also has a dedicated Favourite button to instantly tag videos and images to feature in your highlights album. The camera has inbuilt WiFi that allows you to connect and share your pictures on social networking sites. It also has a mobile Device Connect Button with NFC support that allows you to connect and start sharing, via Canon’s Camera Window app. Users can also store images on cloud storage sites via the Mobile Device Connect Button. The Canon PowerShot N100 digital camera will cost $350 (Rs. 21,650 approx.) and will be launched in mid-May in Black and White colors.

“The PowerShot N100 records your expression as you shoot, either as a movie or still image, and combines it with the scene you’ve captured,” says Rebecca Pearson, Assistant Product Manager, Consumer Capture Devices, Canon Australia. “This new feature is ideal for when your reaction is just as important as the moment itself, such as watching a child’s first steps.”