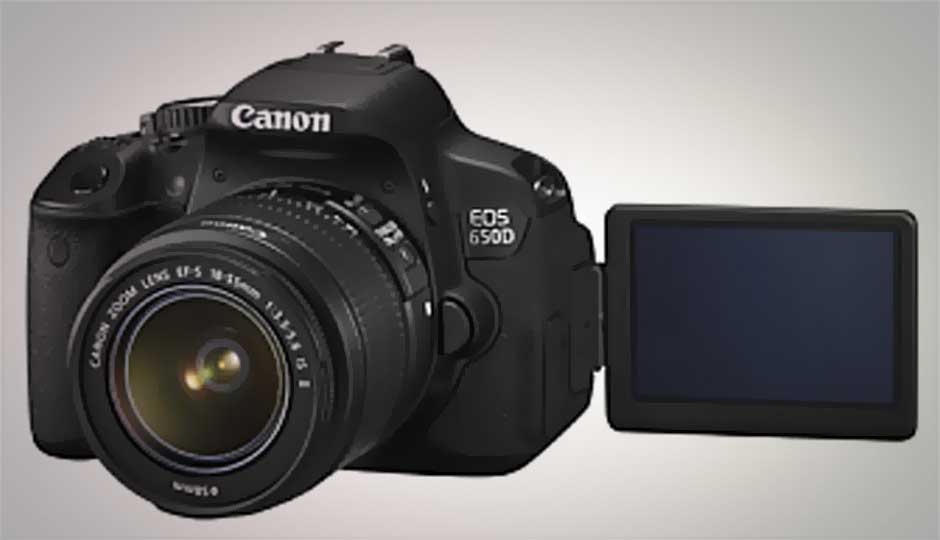 It’s raining cameras! Well, not literally (how we wish!) but 2012 seems to be the year of major releases and announcements in the imaging world.

The Canon 650D, at first glance doesn’t look very different from its predecessor, the 600D (T3i), be it in terms of looks or specs. Knowing something like this would happen, Canon has done a great job on emphasizing on not only the features that set them apart, but why the 650D is a superior camera.

The Canon 650D does house a sensor with the same pixel count as the 600D (18 megapixel) but the sensor in the 650D is a completely novel design. For the first time in a DSLR, Canon has managed to pack in both Contrast and Phase Detect focusing systems. The phase-detect method will be used to locate the subject and bring the focus in approximate range, and the contrast detect system will fine tune the focus to lock on. It sounds like a two-step process that might take longer than just the conventional methods of auto-focus, but in truth, they work together to yield better results than those found in systems using just one of the focus systems. A testament of this has already been seen in Nikon’s V1 and J1 that employs a similar focusing method and has therefore managed to become the fastest focusing mirrorless camera in the market as of now. An upgraded focusing mechanism is complimented well by the 9-focussing points that are now all cross type (600D had only center as cross type).

The focusing system isn’t the only one to receive an upgrade here. One gripe that we’ve always had was with the plastic bodies of the xxxD series cameras (well, polycarbonate for the 600D), as despite a solid feel, we couldn’t help but worry about dropping or bumping them. With a magnesium alloy based body (like that of the 7D or higher), we didn’t have a care in the world. The 60D was the first to switch from magnesium alloy to a polycarbonate body with a fiber glass and steel chassis while the Rebel series was just made using Polycarbonate material. Enter the Canon 650D and we see the camera maker use the same “polycarbonate-fiber glass-steel chassis”. It’s always a delicate balance between build quality, weight and price. Canon could start making cameras using titanium alloy, but the prices would sky-rocket (space nerds?), while using cheap plastic would mean terribly delicate bodies. So in our opinion, the steel and fiber glass chassis with a polycarbonate body is a good balance of the three. We wouldn’t mind having a camera made of titanium alloy though, just saying.

A faster focus, a better build, what’s next Canon? Oh wait! Faster fps you say? Oh yes, the new 650D also incorporates a new shutter assembly that can rat off 5 frames per second, which is measly if you compare it to higher grade bodies (like the 7D or the 1D Mark IV) but coming from the disappointing frame rate of 3.7 on the 600D, the 5 fps is a treat. In fact, one of our cameras is the Canon 40D with a rate of 6 frames per second, which we find quite adequate for most needs. So the 5 on the 650D is definitely satisfactory.

Another major first (Canon’s building up a reputation for these!) is the introduction of a touchscreen on a DSLR with multi-touch support. While touch functionality has existed in point-and-shoot cameras for some time now, the implementation wasn’t as thorough and deep rooted as the one found on the 650D. Every action ranging from changing menu options, to altering shooting settings to specifying the subject to focus on and consequently firing the shutter button. Think of it sort of like having your powerful smartphone attached to the back of a powerful imaging device, or at least in theory.

The 650D doesn’t alter the ergonomics much, just a few minor tweaks here and there. One major change, in our opinion, is the video recording mode has been incorporated into the on-off switch to allow instant access to the feature without cluttering up the back with buttons. The buttons at the back have been slightly modified in shape. Also included now is the option to shoot in camera HDR on the mode dial (HDR Backlight Control). Canon’s also thrown in a stereo mic for better audio in video shooting mode. The video mode also has gotten a small upgrade, the ability to perform live focus and track subjects while filming.