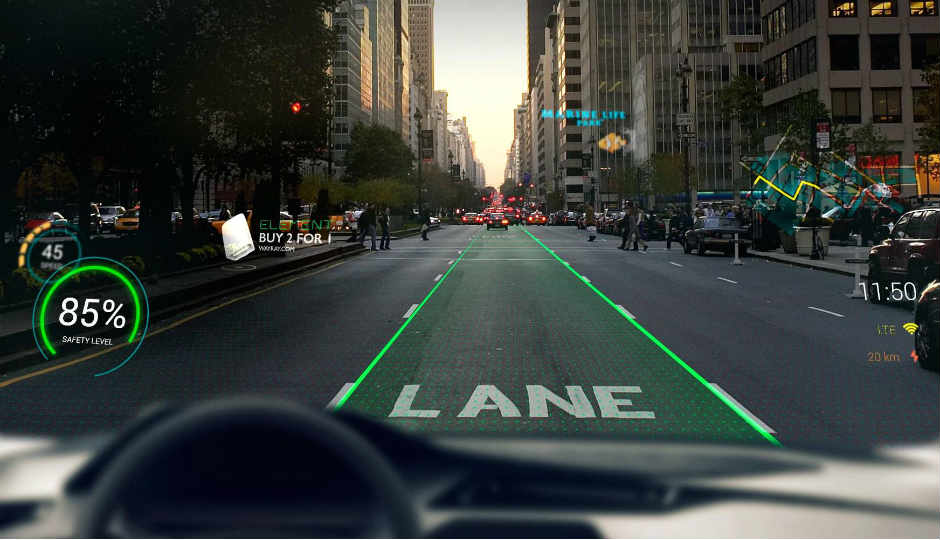 Swiss technology company WayRay has developed a holographic navigation system, Navion, and is bringing the technology to show at CES 2018. The WayRay Navion is based on Augmented Reality, and fits into the standard implementation of AR in cars right now. However, as against the presently available AR units, the Navion is more graphic, versatile and multifunctioning.

The AR-based navigation system shows lane marking, along with graphic arrows for turns, road sign prompts, speed and other road information as a holographic projection on the driver's windshield. The company claims that this will help minimise the level of distraction that drivers often experience while engaging navigation and other functionalities. The system will also be able to display nearby points of interest, thereby becoming more multifunctional in its nature.

The company describes this display as somewhat similar to what individuals would experience in video games. The multifunctional AR holographic display can also show further car information through itself, and was first demonstrated in the Rinspeed Oasis concept, which makes extensive usage of AR displays in its funtioning. WayRay has been backed by Alibaba, and packs in technology that is expected to become standard in the near future.

The concept will be on show at CES 2018, alongside other technology-laden automotive concepts and prototypes. Stay tuned here for live updates of everything from the CES show floor.