The material, consisting of carbon fiber, nano-structured batteries and super capacitors, can be formed into body panels on the car. 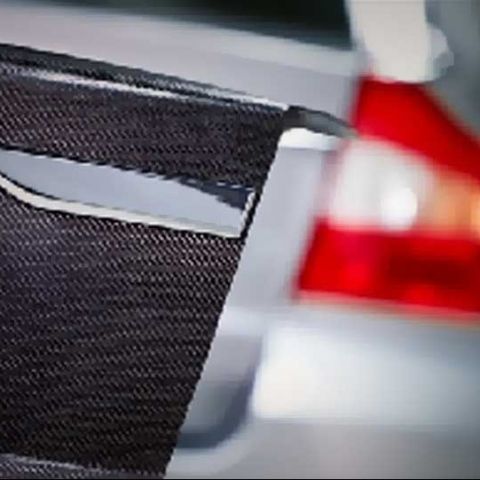 In yet another evolution for the electric car, Volvo has shown off a new technology that can replace the most critical element - the battery pack. This technology uses materials that can be formed into body panels on the car, and will hold nano-batteries as well as super capacitors within the panels. The idea behind this technology is multi-pronged - saves space, cost effective in the long run, and more eco-friendly than batteries.

The panel material is a combination of carbon fibers and a polymer resin. The reinforced carbon fibers sandwich the new battery and are molded and formed to fit around the car’s frame, such as the door panels, the boot lid and wheel bowl, substantially saving on space. The carbon fiber laminate is first layered, shaped and then cured in an oven to set and harden. The super capacitors are integrated within the component skin. This material can then be used around the vehicle, replacing existing components, to store and charge energy.

These panels work exactly like a battery - can be recharged by brake energy regeneration or by plugging it into a mains electrical grid. The panels can then transfer the energy to the electric motor that powers the vehicle.

Finding an alternative to the battery in electric cars is an EU funded project, with ten major car manufacturers being a part of the project. Volvo is one of the manufacturers, and the result of the research is now being introduced with the Volvo S80 Experimental Car.